Kris Wu Wants to Get Married 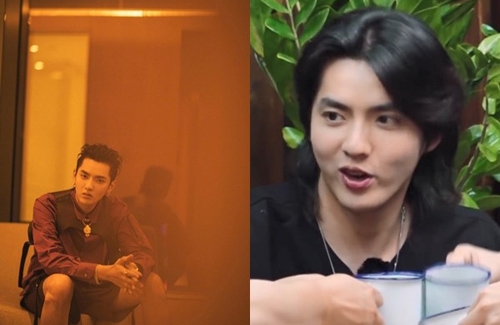 After leaving the popular Korean pop group EXO, Kris Wu (吳亦凡) returned back to China and became a highly successful solo artiste. With his career prospering, the 28-year-old star revealed on variety show Back to Field <嚮往的生活> that he would like to get married.

With his good looks and height, Kris was able to capture the hearts of millions of fans through music and film. It turns out Kris is also very humorous and charismatic on variety shows too. When it comes to finding a potential partner, he shared that his catch line would be “I am your bowl, will you be my noodles?”

When Kris shared his catch line on Back to Field, Huang Lei (黃磊) and He Jiong (何炅) both found it to be very humorous. He Jiong said, “I can’t believe Kris is almost 30 years old. But in my eyes, he is only a kid.” In regards to what Kris thought about turning 30, he said “I feel a sense of loneliness.”

He further shared that because his loneliness is growing, Kris now wants to focus on finding a significant other. Though he grew up in Canada, he is still traditional and wants to have a “typical family”. He hopes that he can achieve this dream before the age of 35.

11 comments to Kris Wu Wants to Get Married