Kris Wu’s iTunes-topping Sales Under Review by US Billboard 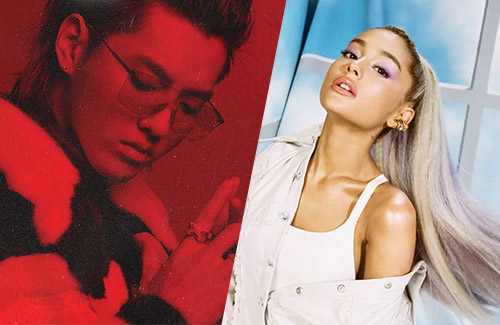 A few days later, the album was removed from the chart, with Billboard announcing that the sales of the album were currently being reviewed. There were rumors that Ariana Grande and her manager, Scooter Braun, were behind the pull, and many of Kris’ fan started to demand the singer to sue Grande and Braun. The sales of Antares were soon nullified.

Braun stepped up to clarify the rumors in a long Instagram post on Wednesday. “Over the past few days I have become aware of an artist named Kris Wu,” he said. “Last night we had an opportunity to connect and talk and show respect. We learned of each other since many rumors have come out about both us in connection to his newest release. Kris is a great artist who on a global scale is a star. It was explained to [him and I] last night that because his release was held back in China for his birthday his fans went and got the music any way they could and that was US [iTunes]. Once the release in China took place the fans had their access. He has never been removed from the charts on iTunes. That is false.”

Defending that Kris’ chart-topping success was not from fraud, Braun continued, “Those were real people from the US and international community and not bots like many have rumored. I have never wished anything bad for Kris nor any other artist and those saying otherwise are wrong.”

As for the fans who doubt an international star could release number one albums in the U.S., Braun had this to say: “Any fans of anyone I manage who are using this opportunity to spread any sort of division or racism are dead wrong and I won’t stand for it. The music community is international and no longer held by borders.”

Braun ended his long statement with another clarification. “Kris happy birthday and you showed yourself to be a global star. Glad we got to connect and speak and keep your head held high. This is just the first of many achievements for you. And for those using my name for false rumors now you know exactly where I stand. Keep it positive.”