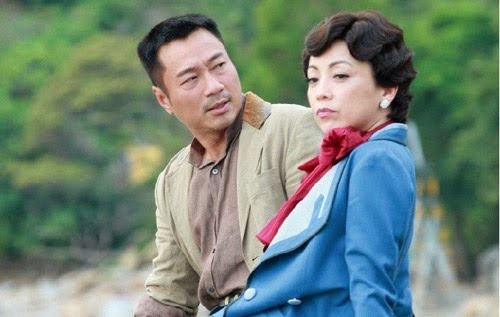 It was earlier “confirmed” by several sources that Rosy Business 3 <巾幗梟雄3> is in the making, and that the franchise’s producer, Lee Tim Sing (李添勝), will return to produce, and that Wayne Lai (黎耀祥) will return to star. Wayne has also expressed his interest in filming the third installment during an interview in Singapore for StarHub TVB Awards a few days prior. However, in a recent phone interview with Oriental Daily, Lee Tim Sing denied such filming plans.

“It’s made up! I am indeed starting a new drama next February. There is Wayne Lai, but no Sheren Tang (鄧萃雯)! If I were to choose a female lead, it will be a newcomer. I will consider JJ Jia (賈曉晨) and Christine Kuo (苟芸慧)!”

Lee Tim Sing added, “I planned to retire this year, but I already made a promise to TVB that I will produce one drama per year for them. However, once I said that, the company decided to film a new drama in February – they are really taking advantage of me!”

In related news, Rosy Business costars, Wayne Lai and Ngo Ka Nin (敖嘉年), attended a promotional event for their new drama, King Maker (造王者), several days ago. Ngo Ka Nin clarified reports about his pending wedding in September, “In September, I will be attending a mini-concert. After that, my girlfriend and I will meet our family and discuss our marriage plans. We’ve been together for 12 years, and we plan to get married at the end of the year.”

When asked if their quick decision on getting married was because his girlfriend is pregnant, Ka Nin laughed, “I want to! But no. We are already an old couple and our relationship is very stable.”