After a series of public onslaughts from his ex-wife Lee Jinglei (李靚蕾), Taiwanese-American singer Leehom Wang (王力宏) recognized the need to get away from the limelight immediately before his divorce scandal snowballs even further, especially since his behavior has already been condemned by the Chinese state media. The 45-year-old singer announced on December 20 that he will temporarily withdraw from the entertainment industry.

The letter written by his father in Leehom’s defense, along with the singer’s response on December 19 claiming he did not cheat, did not work as damage control. When it sparked even greater accusations from his ex-wife about Leehom “mentally abusing her” and possessing a “sex addiction” and “Narcissistic Personality Disorder,” Leehom eventually decided to halt all work activities for the time being.

Calls Out Leehom for Mentally Abusing Her 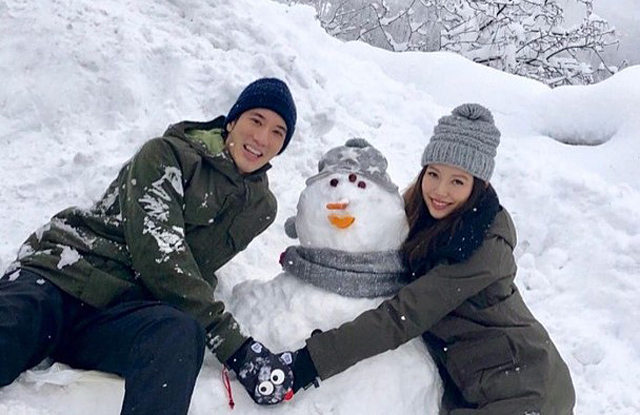 Hours prior to Leehom’s announcement of stopping all work, Jinglei fired her questions towards Leehom over his past behavior: paying for sex services, cheating, and having multiple affairs. She described how she had suffered long-term humiliation and mental abuse.

Supplying proof from their marriage counseling sessions, Jinglei provided screenshots from her therapist’s written assessment that Leehom (under the patient name of “Bobby”) has a sex addiction, a Narcissistic Personality Disorder, and had mentally abused her (under the patient name of “Sasha”) by making her feel she is “crazy” or “not qualified” over a long period of time.

Jinglei called him out for regarding her as a “birth-giving machine” and wrote, “According to your statement, if you don’t love me and are afraid of me, then why would you want me to give birth to a second and third child? After I gave birth to a third baby, you tried to find many ways forcing me to get a divorce. Is this your moral standard?”

Will Not Receive Alimony

Leehom’s father had defended Leehom’s moral character, and said that the singer already ceded to Jinglei’s request and given her approximate alimony payments of US$10 million.

Jinglei clarified and supplied screenshots of her divorce settlement agreement that she waived her rights to receive alimony, and released Leehom of all financial obligations to pay for her post divorce maintenance.

However, the pair will each receive 50 percent from their joint assets: the sale proceeds of their US$12 million Bel Air, California house and US$15 million investment account. Jinglei provided screenshots of their financial agreement, but pointed out technically that this is not considered as alimony, but rather the splitting of joint assets they have both accrued from their incomes. 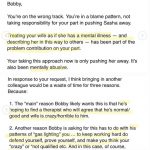 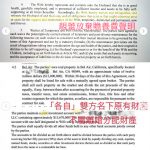 When Jinglei said that she would like to continue living in the condo home in Taiwan–which is under Leehom’s sole ownership–he said he can let her borrow it. She had only made the request because she did not want to move and disrupt their three children’s lifestyles.

Additionally, Jinglei scrutinized Leehom’s words saying that the “only way to speak to Jinglei is do so publicly.” She released screenshots of her calling him five times, but he rejected them all. 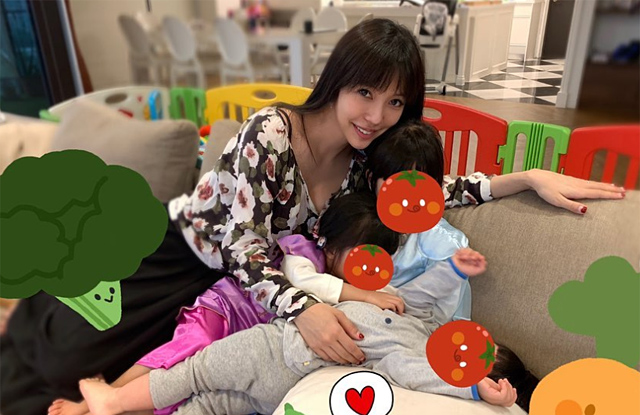 Jinglei also called out Leehom referring to her Japanese name Michiko Nishiharu, instead of her Chinese name, to intentionally provoke Chinese netizens’ hatred towards her.

She criticized his low act, “You hope to provoke the hatred of netizens to control public opinion, but you underestimate the IQ of netizens. My Chinese name is Lee Jinglei. I used my Japanese name when I was a kid, but I no longer used it for years as my growth was not connected to Japan, and my father has already left the family. I grew up in Taipei from a young age, and believe using my Chinese name is the best representation of me. You clearly know about my pain and the reason behind it, yet you ignore my feelings to try to hurt me this way. I really have no respect for you anymore.”

Calls For Leehom to Own Up to His Actions

In her social media posts made on December 20, Jinglei declared the incident has far surpassed the marital issues between her and Leehom, as his behavior before and after the divorce are social issues that need to be addressed since he is a public figure.

As a celebrity, Leehom rose to fame with the love and support from fans. She pointed out that he had deceived others with his crafted idol image, and reaped many benefits during all these years comes with a cost. He fully owes an explanation to his supporters.

She told Leehom to honestly face his own problems and take responsibility for his actions. She said, “I don’t want to keep revealing more private information to defend myself from your lies and denials of the accusations. It feels like I’m turning into a web novelist, but I just really want this matter to end soon, so everyone can return to their normal lives.”

After the crossfire, Leehom’s divorce controversy attracted the attention of the Chinese state media, China Women’s Daily, which criticized the singer’s immoral behavior. Brands have also cut ties with the singer for endorsement deals in China.

Facing increasing public pressure, Leehom finally issued an announcement on December 20 that he would temporarily withdraw from the entertainment industry, and will no longer discuss his divorce matters publicly.

Below is his full statement:

“Thinking left and right, men should still take all the responsibilities. I will no longer make any explanations and defenses. I didn’t manage the marriage properly, caused trouble to my family, and didn’t give the public image that an idol should have. It was all my fault. Here, I solemnly apologize to my parents, Jinglei and the children. Since we have already divorced, arguing about the past is meaningless. From now on, I will pay attention to my words and deeds. I will take on the responsibilities of a father, son, and public figure. I will take care of Jinglei and our children as much as possible financially.

“I will temporarily withdraw from work [and the entertainment industry] to leave time to accompany my parents and my children, making up for the damage caused by this firestorm. Jinglei, we still have to take care of and raise three children together. I will transfer the house you are currently living in to your name. I will also participate in the whole process of raising and education of our children, and bear the expenses. This matter is mainly due to my mishandling. I apologize to everyone again.”

Leehom Wang Accused of Cheating in Marriage Many Times