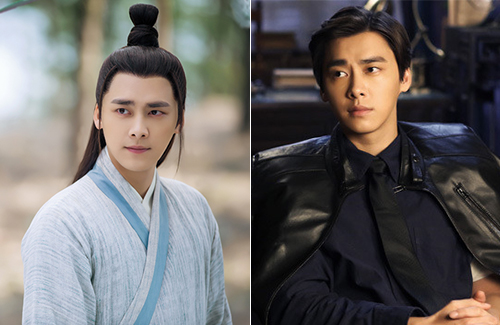 Mainland Chinese actor Li Yifeng’s (李易峰) popularity is at an all-time high. The 29-year-old actor is earning praises for his versatile performances in the spy drama Sparrow <麻雀> and the fantasy drama Noble Aspirations <青云志>, the latter which has already reached over a billion views online.

Noble Aspirations, which is based on the best-selling xianxia novel series Qing Yun Zhi, stars Li Yifeng as Zhang Xiaofan, the series’ main hero. It debuted to high ratings in late July, with the record of having the highest-rated televisionn drama premiere for 2016. The series is one of the most popular television dramas of the year, and is the first Chinese drama to break a billion online views online this summer.

Amidst the hot broadcast of Noble Aspirations, Li Yifeng’s new drama Sparrow, a spy thriller about double agents, premiered in China this week to great attention. His portrayal as the charismatic and cunning Chen Shen is the stark contrast to the kind and good-hearted Zhang Xiaofan in Noble Aspirations.

With two high-profile television dramas under his belt, Li Yifeng is without a doubt China’s next biggest idol.