When Louis Koo (古天樂) and Jessica Hsuan (宣萱) attended the premiere of their movie A Witness out of the Blue <犯罪現場> at night, a small incident occurred. A female fan kept yelling in Mandarin, “I am Louis Koo’s wife!” After the security guards asked her to calm down, she posed for the cameras with two peace signs. Despite the commotion, Louis remained calm on stage.

The organizers specially prepared a birthday cake for Philip Keung (姜皓文) and Louis, who turned 49-years-old on October 21. Louis expressed his birthday wish is to be healthy. “You need to be healthy to do other things,” he explained.

Although he did not celebrate with fans this year due to possible traffic issues, he spent his birthday with his family. Louis also had a celebration dinner with his friends and classmates. Jessica was working on the night of the dinner, so she only stopped by for cake afterward.

The actress revealed she gave Louis a birthday present and guaranteed he likes it. Though they did not say what the gift was, Louis hesitantly said, “Yes, I really like it.”

Jessica shared that she records her friends’ birthdays in a notebook, so she always remembers to send them a message on the day of. Even though Louis said he remembered Jessica’s birthday, Jessica complained that he was a day late. “I’ll remember it forever,” she joked.

Though Louis believes a lot of people will watch A Witness out of the Blue, he knows the box office results can’t be controlled, so he just hopes everyone can have a good time watching it. Jessica added that movies are more stressful than dramas because the investors expect the movie to perform well.

As for what kind of roles they want to portray next, Louis revealed Jessica hopes to have a breakthrough as a villain. “It doesn’t necessarily have to be a villain,” Jessica said. “I also want to act as a doctor for those with autism, like in American dramas.” 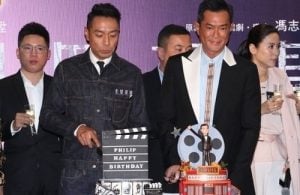 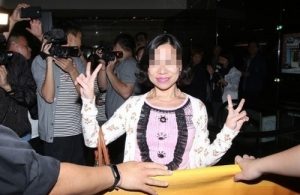