Louisa So to Get Married Next Year 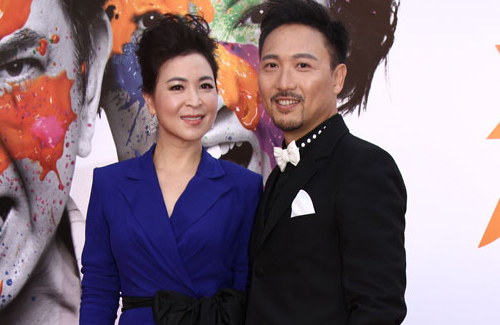 The next celebrity couple to tie the knot may be Louisa So (蘇玉華) and theater actor Poon Chan Leung (潘燦良).

Setting their wedding early next year, Louisa was seen real estate shopping earlier to prepare for their love nest. However, the couple finally decided to revamp their current home in Sai Kung by adding a rooftop garden for use after their wedding.

According to a source close to Louisa, in the couple’s 20 years of dating, Chan Leung had proposed to Louisa nearly 10 times, only to have been rejected by her each time. As Louisa did not particularly believe in marriage, and viewed marriage as a mere formality given that the couple had already been cohabiting for many years, she had always been hesitant in accepting Chan Leung’s proposal.

She expressed, “In terms of our feelings for each other, it is clear to both of us that we are each other’s life partner. It’s just that everyone else is very concerned about our marital status. We’re actually pretty easy-going by nature, and I don’t rule out the possibility of us doing something spontaneous one day. At the end of the day, we’re on the same page when it comes to our future together.”

On Christmas 2013, Chan Leung finally successfully proposed to Louisa in Japan. She laughed and recounted how Chan Leung was so happy he started jumping in joy. Louisa added that while she loved children, the two did not yet have plans to become parents yet. She said, “I love children and get along well with them, but I don’t think I’m a very motherly person, or that I necessarily need to become a mother. There are many different forms of love, and it doesn’t always have to involve a biological relationship. There are many different channels by which I can express love. For instance, I would prefer to express my love for children by adopting a little girl from Cambodia or giving assistance to the charitable organizations that look after under-privileged children.”

10 comments to Louisa So to Get Married Next Year