MHK Louisa Mak On Losing Miss Chinese International: “I Have Not Lost Anything” 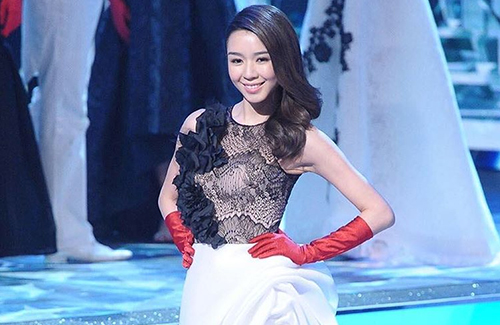 Louisa’s cut from the top five surprised many viewers, as the MHK winner had always impressed the judges with her top academic credentials and law degree. Once nicknamed the “life-winning Louisa” by netizens, Louisa’s MCI loss gave the 24-year-old a new nickname, “Loser-isa.”

On the night after the pageant, Louisa released a statement on Instagram. She first thanked her parents, family, and close friends for their unconditional support in the past ear, and also thanked the staff who helped her during the MCI pageant. She also thanked her thirteen competitors, and congratulated MCI winners Jennifer, Mary, and Tiana.

She then said, “I received many rejection letters when I first applied to colleges. At least 30 companies rejected me when I first applied for jobs. I never received a merit or distinction in my piano exams, and I never got placed in any singing or recital competition. But these are not losses, and I’ve never truly lost anything. Many people would say, ‘Louisa Mak has finally lost’, but I will not hold onto that kind of mentality. Those who also think I’m a life winner think too superficially. Luck was on my side at the right time. I got good results by chance.

“I just told the press that I don’t think I’ve ever won over a hot favorite. I never thought I was really pretty or had a great figure. And because I don’t, I worked harder in school to find my strength and place. The Miss Hong Kong Pageant this year suited my place, but the Miss Chinese International Pageant was a completely different situation. I have confidence, because I know my place. I take things calmly, not because I think I’m the best.

“In the end, beauty pageants are entertainment in nature, just like singing competitions. Of course I had a lot of fight in me, but when I failed to get placed, I did feel that I’ve let down my supporters. But I’ve come to think, why so serious? Hong Kong people are too stressed out, and I hope this competition was able to relieve your stresses. I did not do well, and I apologize.”

Louisa ended the positive note with an even more encouraging message, “When I appear in front of the camera again, I will work harder, and show you the real me.”

Indeed, Hong Kong will definitely be seeing more of Louisa in the coming future. In a week-old interview, Louisa revealed to the press that she has signed with TVB for “a number” of years. She is not clear on what she wants to do just yet, but she wants to try a variety of different things. She also expressed her interest in acting in television dramas.

12 comments to MHK Louisa Mak On Losing Miss Chinese International: “I Have Not Lost Anything”