During the interviews, Moses shared he will be leaving Hong Kong to travel to Shenzhen to film for Big White Duel 2 <白色強人II>. As he has been busy filming, Moses did not have time to pack his bags yet, but thankfully his wife Aimee Chan (陳茵媺) will help him out.

Running on a tough schedule lately, Moses is glad to rest during his quarantine period when he arrives in China. Except he still worries about his family, especially his children who would be wondering about his absence. Moses already did all the “psychological counseling” for them ahead of time, explaining that he will be gone for a work trip.

Joyce and Toby on Portraying Their Roles

Reprising her classic role as Chan Sam Yuen, Joyce expressed that the series brought her the greatest gain in her career. “The character actually did not match my real personality, but it cannot be denied that it changed me in so many ways. The fact that some people would still call me [by my onscreen nickname] ‘three-dollar chicken’ makes everything so meaningful.” In addition to public recognition, Joyce also developed close relationships with her colleagues. While she does not see Esther Kwan (關詠荷) often, she still maintains contact with Bobby Au Yeung (歐陽震華).

For Toby, the actress revealed that audiences hate her character because of the scheming tactics used to fight against Jessica for Moses. While people would call her out on the streets, Toby felt “a little psychotic because she feels happy” when they do, as it meant she performed well. 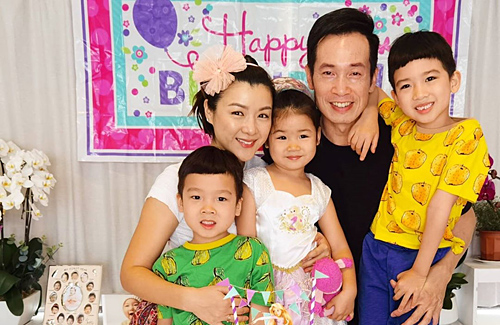