Myolie Wu Wants to Make Up Lost Time with Husband 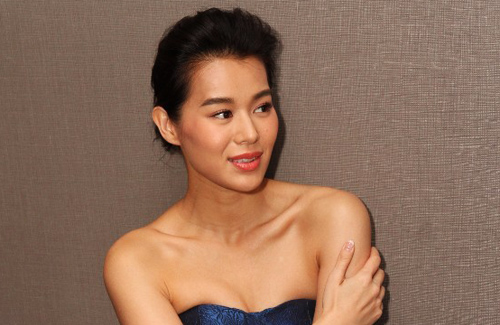 Having spent years searching for the perfect Mr. Right, Myolie Wu (胡杏兒) finally tied the knot last year with entrepreneur Philip Lee (李乘德). While the couple only dated for one year before getting married, they felt that they met too late in life and now have to make up for their lost time together.

During their 75-day honeymoon, Myolie shared that they did not look at their phones unless absolutely necessary and needed it for work. The couple hopes to spend ever minute with each other before returning to their hectic careers in Hong Kong.

Myolie said, “I was on holiday for about two months and I went to 12 cities. Although every place had its special memories, the Maldives was my favorite. It was extremely relaxing – all I did was snorkel and eat. We picked the Maldives as our final honeymoon destination because we wanted to be relaxed before working again.”

Asked about any strange incidents that occurred during the trip, Myolie said, “That would be the Aegean Sea near Santorini! Since we went during the off-season, only a tenth of the shops were open. It looked like the place was deserted but the lack of people gave it a different kind of mood.”

While she will be focusing on her film career for the rest of the year, Myolie is also ready to try for a baby. She expressed, “This is going to be a very big challenge, but I hope I can do it. We’ll let nature run its course. If there’s good news, we’ll definitely let everyone know!”