K-pop boyband NCT’s Hong Kong born member, Lucas Wong (黃旭熙), was accused of abusing his celebrity status, and having romantic relationships with multiple fans at once while also taking advantage of them financially. After all his work activities were halted to reflect on his actions, the 22-year-old issued a public apology but the gossip mill is still churning.⠀

A netizen exposed that last year May, Lucas appeared on paid chatting app Bubble and sent a message to his fans. His message asked for everyone to give him strength and show him their love. The fan also said that Lucas requested everyone to send him selfies. If they were pretty, then they would receive a private message from Lucas.

The netizen accused Lucas of selectively targeting and sleeping with pretty fans just like Kris Wu (吴亦凡), and questioned why his company SM Entertainment is sheltering Lucas rather than dismissing him from the group.

Jackson Wang retaliated, “Do you want to die!?” 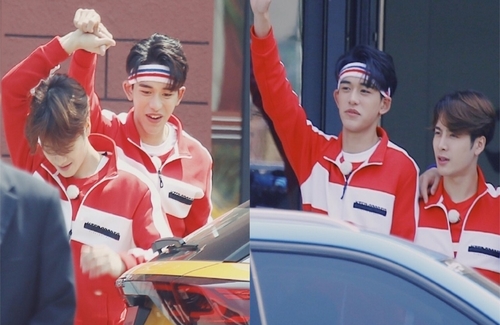