Legendary wuxia author Louis Cha (查良鏞), better known by his pen name Jin Yong (金庸), passed away surrounded by loved ones at the Hong Kong Sanatorium & Hospital on October 30, 2018. He was 94 years old.

Born in Haining, Zhejiang in 1924, the well-loved and respected author was the younger cousin of poet Xu Zhimo (徐志摩). Mr. Cha moved to British Hong Kong in 1948, and soon after started penning the classic and epic wuxia novels that we all know and love today. Some of his most famous works include The Legend of the Condor Heroes <射鵰英雄傳>, The Return of the Condor Heroes <神鵰俠侶>, The Heaven Sword and Dragon Sabre <倚天屠龍記>, Demi-Gods and Semi-Devils <天龍八部>, The Smiling, Proud Wanderer <笑傲江湖>, and The Deer and the Cauldron <鹿鼎記>.

After graduating from university in 1947, Mr. Cha started work for the Chinese newspaper Ta Kung Pao in Shanghai as its international news editor. Soon afterwards, he was transferred to Hong Kong to work as a translator for the paper’s Hong Kong edition. In 1952, he became the editor for the New Evening Post. In 1955, he published his first novel The Book and the Sword <書劍恩仇錄> on the August issue of the New Evening Post.

In 1959, Mr. Cha co-founded the Hong Kong newspaper Ming Pao and served as its editor-in-chief. He debuted his first chapter of The Return of the Condor Heroes on the May issue of Ming Pao. Mr. Cha retired from his post in 1989, at 65 years old.

Every single work written by Mr. Cha has been adapted to radio, television, and film. Amongst his most popular works was The Condor Heroes Trilogy which follows various wuxia heroes from the rise to the fall of the Mongolian Empire. New television adaptations based on the trilogy would occur about every ten years. 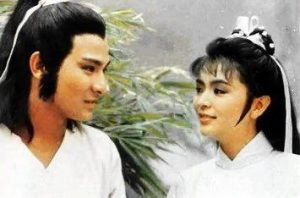 Starring Andy Lau (劉德華) as Yang Guo and Idy Chan (陳玉蓮) as Little Dragon Girl, TVB’s 1983 television adaptation of The Return of the Heroes is the most classic of all adaptations. Upon hearing the passing of Louis Cha, Andy said, “Teacher Jin Yong is an outstandingly talented person in the world of wuxia novels. It was fate that gave me the opportunity to play his character Yang Guo. When I first established Teamwork Motion Pictures and produced the film Saviour of the Soul <九一神雕俠侶>, it was Teacher Jin Yong who allowed me to use that film title. I have always been concerned about his health. His passing is definitely a huge loss to the wuxia world. I miss him! I wish he has a smooth way to the heavens, and my condolences to his family.”

Joe Ma (馬德鐘) said, “I’ve read some of his works. They’re all very classic. I’m saddened to know that I won’t be able to see his new works appear. Nonetheless, his old works have already become classics. Many years ago, I played a part as Huang Yaoshi’s disciple in TVB’s The Legend of the Condor Heroes, though I did not have a lot of screen time. I’ve once said that it was one of my biggest regrets for not being able to play one of Jin Yong’s heroes in my acting career. Hopefully I’ll get to in the future.”

Max Zhang (張晉) wrote on Weibo, “His works have impacted several generations. He’s given countless of us the wonders of his wuxia world. Jin Yong. Master.” 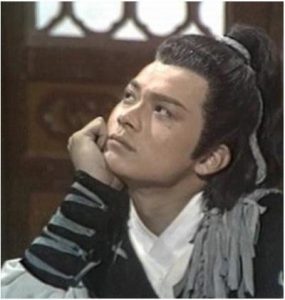 Felix Wong (黃日華), who has played both of Mr. Cha’s most beloved characters Guo Jing and Qiao Feng, expressed his shock at Mr. Cha’s passing. He said, “I am so lucky that I had the opportunity to play two of his characters, helping my acting career reach to levels I could never imagine. I dare say, that without Jin Yong, there would be no Felix Wong. I wish he has a smooth way to the heavens. Always remember Mr. Jin Yong.”

Michael Miu (苗僑偉), who has played both Yang Kang and Huang Yaoshi, said, “The entire world knows about how classic Mr. Jin Yong’s novels are. I don’t need to elaborate on that. There is a reason why his works get adapted to TV and film over and over again. His works have touched so many people. I’ve played two of his characters before, and playing Huang Yaoshi is by far my favorite. He is cool, a little bit dark, but also very heroic.”

Fans from all over the world are mourning for our favorite hero, including Bollywood actor Aamir Khan. Professing that he is a fan of Mr. Cha, he wrote, “I am very saddened to hear the sad news of Mr. Louis Cha passing away. His book The Deer and the Cauldron gave me a lot of joy. I read it just a few months back. I wish I could have met him. He has given so much joy to so many generations. I am his big fan. I would like to offer my heartfelt condolences to his family. May he rest in peace.”