Sammi Cheng and Andy Lau Play a Couple in “Fagara” 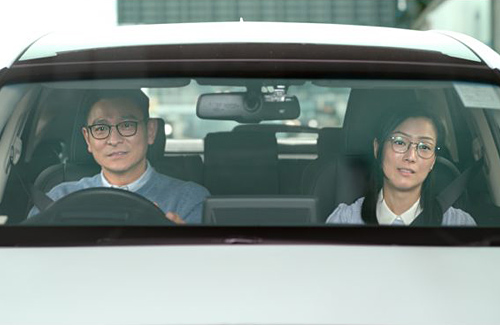 Collaborating together again, Sammi Cheng (鄭秀文) and Andy Lau (劉德華) play a couple in the movie, Fagara <花椒之味> due to come out in September 2019. Leading the movie, Sammi will portray a hot pot restaurant owner who is caught in a love triangle with Andy and Richie Ren (任賢齊).

In the newly released trailer, Sammi and Andy’s characters appear to be having problems in their relationship, and the two can be seen bickering about the difference between wanting to get married and the need for marriage.

On the other hand, Sammi’s character appears to also have some ambiguous feelings for Richie’s character. As the characters struggle with their feelings, they are caught in a love triangle.

In order to support Sammi’s movie, Andy insisted on filming even as he was nursing his health at the time. Having collaborated in a number of films before, fans can look forward to seeing the two talented artistes displaying their strong onscreen chemistry.