Sammy Shum Comments on Break Up with JJ Jia 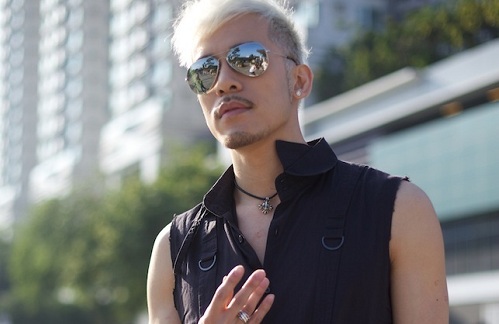 TVB actor, Sammy Shum (沈震軒) has recently been branded as a “heartbreaker”! With infidelity reports in his relationship with JJ Jia (賈曉晨) ensuing, it would be hard for Sammy not to acquire a bad reputation with the onslaught of negative headlines. Sammy’s constant rumors with  other female costars have superceded his performance as an artist.

It was a known secret that Sammy and JJ were an underground couple, playing down their romance due to career pursuits. Although denying dating Sammy in the past, JJ’s recent Weibo messages hinted of heartbreak and tears.

Sammy and JJ’s relationship appeared to have ended due to the entry of a third party, mainland actress Liu Yuqi (劉羽琦). It was reported that the younger Liu Yuqi actively sought out Sammy’s affection and succeeded, causing JJ Jia’s fragile heart to be broken.  JJ, Sammy, and Yuqi posted messages on their Weibo blog broadcasting their current emotions regarding the love triangle.

Sammy had a chance to clarify recent love rumors at a recording of  TVB program, All Things Girls <姊妹淘>. Referring to JJ, Sammy said, “She’s a good girl! It’s probably just wrong timing for us.” When asked if they had previously dated, he maintained that they were always good friends.

Asked whether JJ may have misunderstood Sammy due to recent negative rumors, he replied, “You will have to ask JJ. We do talk on a personal level and I’ve advised her not to think so negatively!”   Regarding JJ’s wish to have a “prince and princess” love story, Sammy said, “I’m probably not the referenced prince.  I also wish to turn into a prince and find a princess!”

While filming Lan Kwai Fong 2 <喜愛夜蒲2>  together, it was rumored that Liu Yuqi has taken interest in Sammy Shum and flirted with him on set.  Regarding his rumored love interest, Sammy strongly stressed that there was no third party. He did not know about the rumors with Liu Yuqi until he saw it reported by the media.

With all the bad press, one might wonder if it would hurt Sammy Shum’s career advancement. Or was any exposure better than no exposure at all?