Mandy Wong (黃智雯) will no longer be Hong Kong’s “Sunday Queen” as it has been announced that she will be leading the new TVB investigative drama, Confession of Murder: 18 Years Later <十八年後的殺人告白>.

The drama stars Shaun Tam (譚俊彥) and Joel Chan (陳山聰) in lead roles, playing a pair of friends who had committed a murder together 18 years ago. Mandy Wong plays the detective in charge of investigating their cold case. 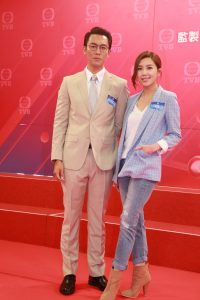 “I am looking forward to my relationship line with Shaun Tam,” shared Mandy at the show’s press conference. “At the start, he was the criminal and I was the investigator, but I end up falling for him. I look forward to how our future scenes play out.”

The title of the TVB drama is inspired by the 2017 Japanese film Memoirs of a Murder, or 22 Nenme no Kokohaku: Watashi ga Satsujinhan desu <22年目の告白－私が殺人犯です－>, literally translated to “A Confession 22 Years Later: I Am a Murderer.” The film tells the story of an author who publishes a memoir 22 years later admitting to a series of murders he committed two decades ago.

As a result of the similar titles, netizens wondered if 18 Years Later is inspired by the Japanese film. Mandy said, “[TVB] prefers short names, but I personally like long names. It does have a Japanese feel to it. (Netizens are saying that the drama is trying to copy the Japanese title.) Well, the storyline and plot are different. It’s just a temporary name for now.”

In regard to her fans being overjoyed that she would no longer be the “Sunday Queen”, Mandy said, “This is a police thriller, so I do think it’s more suitable to be aired on the weekdays.”

Joel Chan and Vivien Yeo Head to the Lead 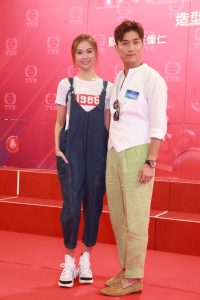 Vivien, who plays a mute waitress, has been taking sign language lessons for her role. She shared that the producer initially told her that her movements were too stiff, which prompted Vivien to practice hard for the next two months. “I’m okay now. I’ve gotten a lot better,” she said.

Joel, on the other hand, has been training hard at the gym. He shared that he would be having many action scenes on the show, including shirtless scenes. “The most stressful thing is knowing that I would have to take off my shirt. Because I’ve been busy with filming, I don’t have time to train. Fortunately, the producer knows this so he purposely arranged those scenes to be shot in the end. Hopefully I get to squeeze out some chocolates later!”