Sonija Kwok Will Not Reunite with Deric Wan 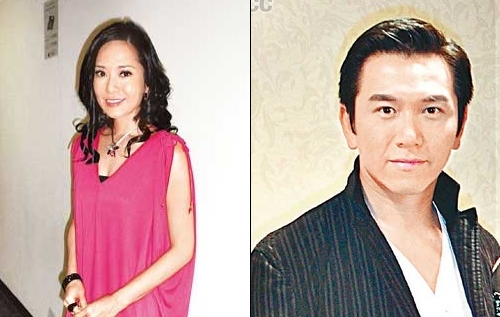 Recently, Deric Wan Siu Lun wrote in his blog that he could not forget about a woman and “her cuteness,” while often “dreaming of her.” This entry sparked the paparazzi to speculate that Deric may be referring to ex-flame, Sonija Kwok Sin Lei. The tabloids reported that Sonija acknowledged she and Deric often kept in touch with each other.

Yesterday, Sonija said exasperatedly, “I did not keep in touch with [Deric Wan]! I did not say that he often phoned me. It sounds terrible! Although we broke up, we are still friends. Maybe there is one or two calls within one year!” After returning to TVB, reporters continued to ask Sonija about Deric. She continued, “[Deric Wan] does not want to ask me out again. I never thought about reuniting with him. He has a current girlfriend. I wish him happiness!”

Although Sonija said there were telephone communications with Deric, he denied their contact. “In the past few years, I have not called [Sonija Kwok].” (Sonija said you always called her?) “Someone is lying.” (Are the two of you still friends?) “We can still be friends, but we have not been in touch with each other. Recently I returned to Hong Kong to purchase two Mercedes Benz cars. One car is for myself and the other one is for my girlfriend, Winnie. Our relationship is still strong.”

In Deric’s blog, did he refer to Sonija Kwok? “Definitely not. I was referring to mainland actress, Poon Sing Yi, who died unexpectedly. She belonged to the same management company as I do. When I thought about her, I was sad. There was someone twisting the truth. With the Qinghai earthquake, many villagers are starving. At a time like this, there is still someone spreading such lame rumors. Tell the monster to stop fabricating these rumors; otherwise he will go to hell!”

Jayne: Deric Wan has always been very curt to the Hong Kong media. Telling them to “go to hell” was a little severe. Perhaps that’s why he always gets bad press in Hong Kong.