TVB artist, Stefan Wong (黃長興), also widely known as Stephen Huynh, possesses an exotic and dashing mystique due to growing up in France. After participating in the first annual Mr. Hong Kong competition in 2005, Stefan became an instant sensation and signed with TVB. Due to his handsome exterior and onscreen persona, people are often surprised by how warm and approachable Stefan is in real life. In an exclusive interview with JayneStars.com, Stefan shares how he met his fiancée, why he decided to become a restaurant entrepreneur, and his acting experiences at TVB.

JayneStars: Fans have known you as Stephen Huynh in the past. Why did you decide to adopt the name of Stefan Wong?

Stefan: My friends called me “Stephane” in France. In Hong Kong, I could not spell my name in this manner without running into common mispronunciation issues. While the English spelling for “Stephane” is “Stephen,” people tend to pronounce it as “Steven.” Finally, I decided to use “Stefan,” as I am sure no one would pronounce it incorrectly with this spelling!

When my family and I left Hong Kong to move to France in 1983, we had to fill out residency application forms. Our relatives in France advised that to make things simple, we should adopt the family name of “Huynh,” which is the translation of “Wong” in Vietnamese. However, I am not Vietnamese and have not lived in Vietnam. Since returning to Hong Kong, I reverted back to our family name, Wong.

JayneStars: First things first, congratulations upon your recent engagement! Can you tell us how you met your fiancée, Peggy?

Stefan: Thanks, I met Peggy almost three years ago through my good friend, Matthew Ko (高鈞賢). After work one night, he invited me to attend a friend’s birthday party at a Lan Kwai Fong club. Although I did not like big crowds, I agreed since Matthew really wanted me to go. The club was so packed that we had difficulty walking through the crowd to our friends’ table. His friends were very happy to see us and took us to the dance floor immediately. They were very nice and I had a great time, but I wanted to sit down. At that moment, I saw a girl sitting by herself at our table. I wondered why she sat alone and did not join her friends on the dance floor. I prefer girls that are a bit mysterious and quiet, so I walked back to our table to initiate a conversation. We had a nice chat and Peggy was able to speak a bit French. As for the rest of the story…we are getting married next year!

JayneStars: In your spare time, you enjoy cooking. How did you develop this interest?

Stefan: My mom is my idol. She was quite strict in raising my siblings and me. She taught us how to take care of ourselves in case she will not be with us one day. Tough words, right? She noticed that my elder brother, Alex, possessed public relations skills so he handled the family’s communication and administrative needs. My mom discovered that I had potential in taking care of domestic responsibilities, such as cooking and housework. When my mom cooked a dish, she asked me to help her and learn how to prepare it. I was interested in cooking and on the occasions when my mom was not home, I cooked meals for my family. After my younger brother and sister were born, I took care of both of them. My favorite foods are burgers and eggs prepared in all manners: fried egg, boiled egg, and omelet. I am very simple!

JayneStars: Why did you decide to open a French restaurant, A La Maison, in Hong Kong? Can you describe the type of dishes offered in your restaurant?

Stefan: I have always wanted to be a lo ban (boss), ha ha ha…. Last year, I had some free time on my hands since I was not filming too much for TVB. As a work alcoholic, I could not withstand doing nothing on my days off. Raised in France, I am knowledgeable about French culture and cuisine, including all the traditional dishes. Outside of the country, it is difficult to find the taste of the original dishes, since they are readjusted to suit local taste preferences. At my restaurant, casual French dishes that are normally prepared in a French family’s home or school canteen are served.

JayneStars: How do you balance the demands of running a restaurant and acting at the same time?

Stefan: It’s not an easy job. After filming for the entire night, my colleague will say, “I am going home and sleeping like a baby!” I am jealous when I hear these words because I have to go to my restaurant and work again. Aside from this, I enjoy interacting with my customers, who often compliment that I do not resemble my onscreen persona. They said that I am nicer and do not look like a playboy in real life! Unfortunately, I often portray playboy and bad guy roles! I did not know the extent of impact that television series can have on other people’s impression of me. JayneStars: Can you tell us more about your role in your latest TVB series, Prominent Family <名媛望族>?

Stefan: The story takes place in the 1920s. My character comes from a wealthy family background. After studying in England and obtaining an elite education, I return to Hong Kong and quickly secure a job at a government office. My father is a famous lawyer, but my aggressive and arrogant personality leads to many problems as the series progresses. The drama will be forty episodes in length, but I am uncertain as to how many episodes I will appear in.

JayneStars: What is your most unforgettable acting experience?

Stefan: In my first TVB series, I had the chance to work with Sonija Kwok (郭羨妮), whom I had watched on television while in France. I portrayed a Mongolian tough guy and we traveled to China to shoot this drama. I enjoyed the experience very much!

JayneStars: One of your biggest fans at JayneStars.com, Kidd, wants to know whether you will be traveling to Malaysia in the future?

Stefan: We have relatives from my dad’s side of the family in Indonesia, so we often visit them. I have also visited Penang, Malaysia since my cousin lives there. I hope to have the chance to work there again and meet Kidd! To achieve this, I will “add oil”!

JayneStars: Do you have a Facebook or social media account? Is this your official fan site, www.stefanwong.com?

Stefan: I do have a Facebook account, but I use it to communicate with my childhood friends in France. One of my very loyal fans, Vivian, created the website for me.

JayneStars: Thank you, Stefan for chatting with JayneStars.com and allowing fans to know you better! This article was written by Jayne and Kidd at JayneStars.com. If you would like to repost this article, please credit accordingly. 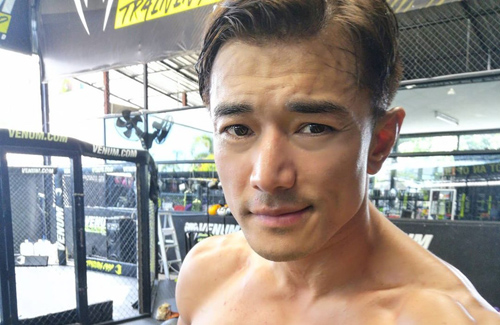 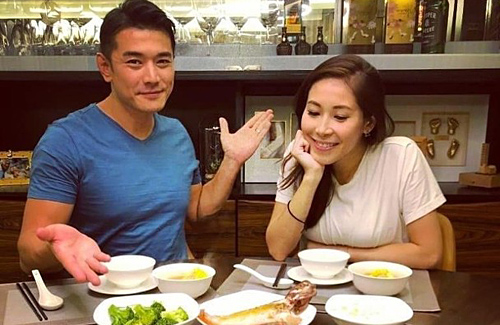 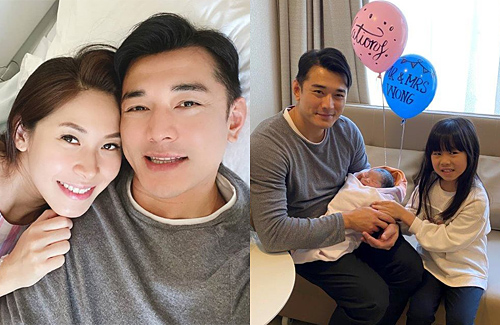 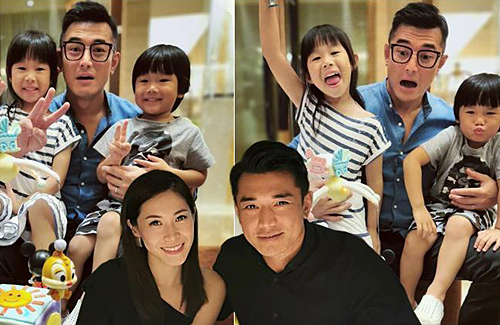 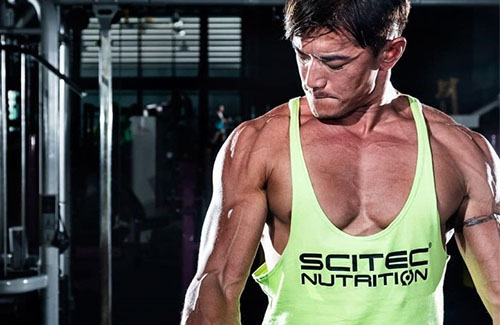 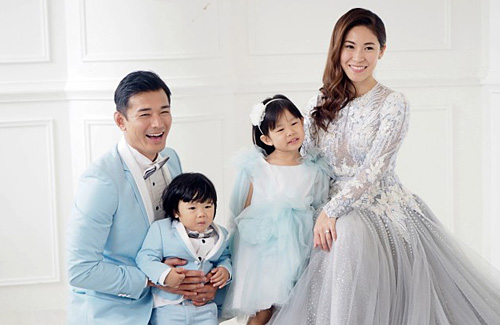 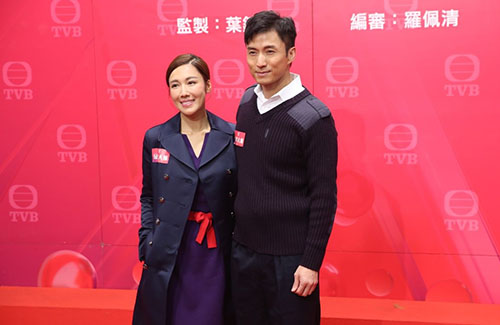 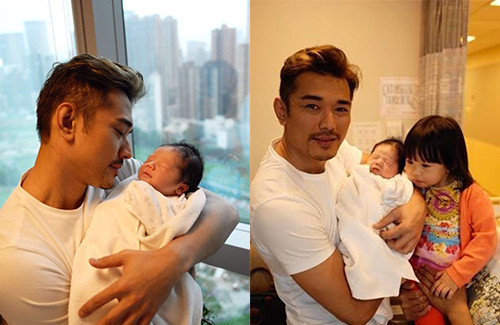 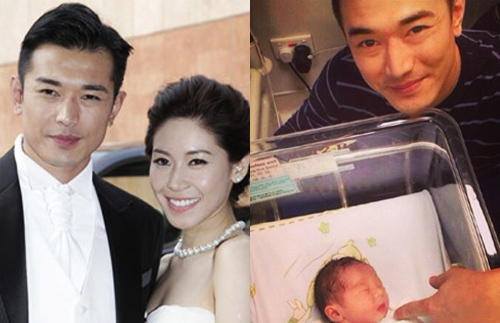