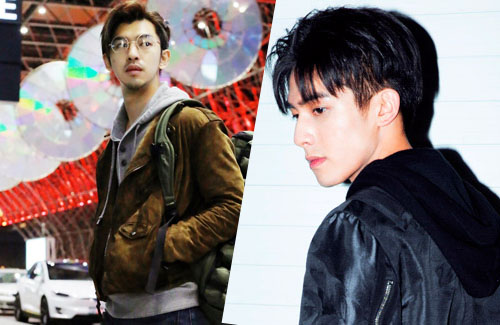 The Milan Men’s Fashion Week (Milano Moda Uomo) has kickstarted the 2018 season of menswear, and some of China’s hottest celebrities were invited to attend. The battle of who what wore best already started when these five actors landed on the Milan–Malpensa Airport, setting examples for all trendsetters. This was the 34-year-old actor’s first foray into the fashion world. He arrived at the airport wearing a gray Ermenegildo Zegna tracksuit that is both casual and elegant. The Tiziano sneakers with golden trimmings definitely made the overall outfit more comfortable to look at. The In Time With You <我可能不會愛你> actor defined street wear with a masculine Ralph Lauren set, including a deerskin motorcycle jacket and fitted jeans that complements his long legs. The Polo Ralph Lauren boots gave the overall outfit a more rugged look. The 24-year-old Eternal Love <三生三世十里桃花> actor shined in a Dolce & Gabbana set. He had on a black hoodie with rose print, which is from D&G’s 2018 S/S collection. Vin also walked the T stage for D&G. The young Olympian swimmer channeled other models with streetwear from the early 2018 Spring collection of Diesel Black Gold. The black pullover has a rock n’ roll style, embodying rebellious freedom. Oscar landed on the airport with an adventurous look, wearing an oversized bomber jacket from his own clothing brand Simple Jump Dimple, and ripped jeans from Monkey Time.