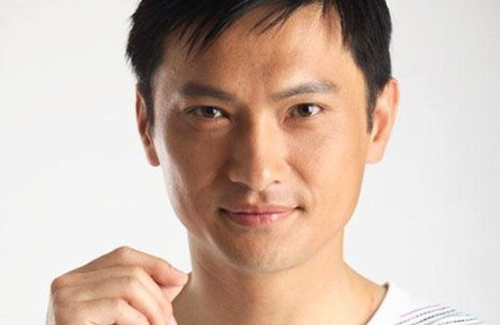 At a variety show recording, Sunny Chan (陳錦鴻) revealed that he currently has about two months left in his artist contract with TVB before it expires. He further admitted that he is looking at signing other television stations when the time comes.

Sunny took a year off from acting after shooting 2011’s Curse of the Royal Harem <萬凰之王> to care for his son Edgar Chan (陳駕樺), who was diagnosed with autism. Sunny returned to TVB in late 2012 to shoot the period drama The Day of Days <初五啟市錄>, but took yet another hiatus after filming in order to prep his son for public primary school. Edgar, who recently turned 6 years old, has been doing well in primary school.

“He has improved so much. He just took his first exam, and he did pretty well. It was over 90 percent!” Sunny said proudly.

As the sole breadwinner for his family, Sunny is often in charge of buying groceries and other needs. He added that he feels a greater sense of satisfaction when caring for his family, rather than shooting dramas.

As for his plans after his contract with TVB ends, Sunny said that he is still negotiating with TVB and is open in renewing his contract. However, he has also contemplated about signing with another station instead, saying, “If I am paid higher, I can work less hours and spend more time with my family.”

18 comments to Sunny Chan May Not Renew TVB Contract