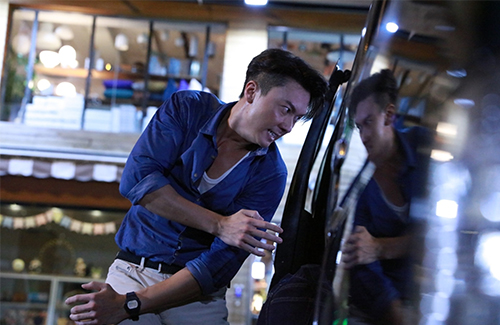 The following article contains spoilers for TVB’s The Man Who Kills Troubles, which will air its final episode on November 23, 2019.

TVB anniversary drama The Man Who Kills Trouble <解決師> is gearing up for its final week, with its last episode premiering on November 23, 2019. As darker sides of each character gets uncovered, the final boss will also make its appearance, revealing the truth behind Chloe’s (Kelly Cheung 張曦雯) death.

To save O Sir (Vincent Wong 王浩信), Jovy (Natalie Tong 唐詩詠) and Chung-yu (Sharon Chan 陳敏之) relinquish their control of their stocks and do an exchange with Kiu (Peter Pang 彭皓鋒), but right as O Sir gets released, he gets attacked by S (Otto Chan 陳志健).

Man Sir’s (Jonathan Cheung 張頴康) plan to get Prince (Eric Li 李天翔) arrested failed. Prince is distraught to learn that Man Sir, whom he had trusted, had actually betrayed him. Man Sir’s girlfriend Ace (Crystal Fung 馮盈盈) discovers her boyfriend’s illegal collaboration with Kiu, but Man Sir manages to convince her to lay off his tail, and Man Sir finds that he is on a road of no return. 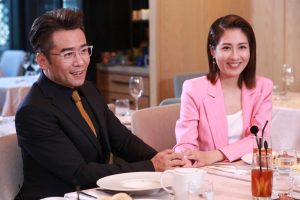 Meanwhile, O Sir and John (Jim Ping-hei 詹秉熙) plan together to defeat S. O Sir sends a secret message to Jovy, leading S to discover O Sir’s whereabouts. It turns out that O Sir was only using Jovy as a diversion, to lure S out so he and John could get rid of him together.

The To Tin Group is facing economic troubles, and Chung-yu is facing the brunt of it all. TY (Michael Tong 唐文龍) offers a helping hand, and the two develop an inexplicable bond. But when Chung-yu finds out that TY had been the one fueling the fire, Chung-yu finds herself at a crossroad.

Trapped, Kiu tries to break O Sir and John’s mentor-mentee relationship. He unveils the truth behind Chloe’s death, and O Sir nearly breaks apart. Assassins hired by Kiu targets them, releasing toxins in the air, but there is only one antidote available for the both of them.

5 comments to “The Man Who Kills Trouble” Spoilers: Final Boss to Make Appearance