Recently, the media revealed shocking news that Taiwanese actress Barbie Hsu (徐熙媛) has requested a divorce from her husband, Chinese businessman Wang Xiaofei (汪小菲). This was Barbie’s one-sided request, and Xiaofei was in the dark. Although he has apologized publicly, they were unable to resolve their conflicts over the past week. 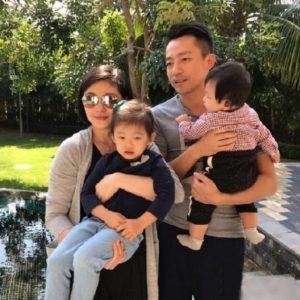 It is rumored that Barbie requested for a divorce due to Xiaofei’s frequent sharing of his controversial political views on social media. Barbie is worried that their children will become shunned by their peers affecting their childhood and life at school.

The couple apparently has been in a cold war for some time. It is said that Xiaofei made a video call to Barbie, but she immediately handed the phone over to their children and refused to talk to him.

Since their divorce rumors broke out, Xiaofei has been updating his social media frequently. His posts about a song and relocating to a new office are believed to be messages for Barbie. It is said Xiaofei is trying to wrap up his business matters, and will be hurrying home to try salvage his marriage.

In regards to Xiaofei’s frequent online updates, Barbie’s mother replied to the media, “Don’t pay attention to him–he can’t find any place to express his frustration, so he turned to posting on social media.”

Barbie’s mother added, “I don’t want to care anymore; I can’t believe those two can still argue even though they are so far apart.”

The actress is currently at home taking care of her children, because they are unable to attend school in person. Similar to many parents facing the pandemic, Barbie’s children are very energetic which is probably causing her a lot of stress.

Barbie’s mother hopes that everyone can focus on other news other than the couple’s divorce. She stated that Barbie and Xiaofei’s argument is a small issue, and the bigger issue at hand is the pandemic. Maybe getting the vaccine will allow them to reconciliate.

Barbie Hsu’s ex-husband is known for his fiery temper, but did he hit his girlfriend in a rage?