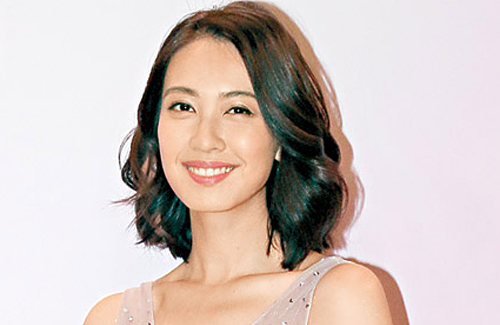 Minimizing her onscreen appearances, Tracy Chu (朱千雪) is currently focusing on her law studies. She is speculated to be slowly easing her way out of the entertainment industry to become a full-time lawyer in the near future.

Winning Miss Hong Kong 2012 second-runner up, Tracy was one of the heaviest promoted actresses at TVB in recent years. Due to her friendly demeanor and good girl image, Tracy quickly won fans. While she is a rising star, Tracy took a short hiatus from acting to return to school two years ago.

After completing her Master’s in Business Communications, the 30-year-old decided to further pursue a law degree. Proving to be an excellent law student, Tracy was headhunted by one of the top law firms in Hong Kong. The firm is willing to hold a placement for Tracy when she graduates, leading to speculation that Tracy may eventually retire as an actress.

Despite her pursuits in law, Tracy still has several years remaining in her TVB contract and has been filming for a variety of short-term projects, such as travelogue, Fun Abroad <3日2夜>. Although her law knowledge is abundant, Tracy was not cast in TVB legal drama Big White Duel <白色強人>. However, the actress expressed that some of her co-workers have come to her for legal advice.

Recently, Tracy was spotted heading off to school and meeting some of her classmates. After a full day of classes, Tracy – who was dressed in a casual outfit with minimal makeup, quietly went to the local supermarket to grab some dinner before heading home to study.

8 comments to Tracy Chu to Focus on Law Degree