TVB Confirmed to Film “Triumph in the Skies 2020” 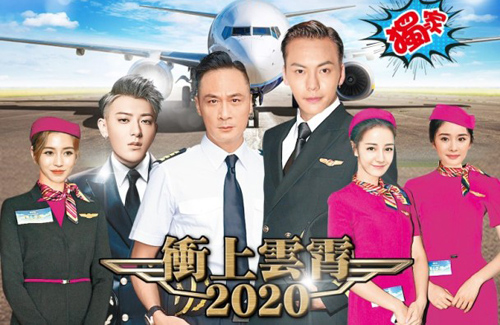 At FILMART 2018, TVB revealed plans to film Triumph in the Skies 2020 <衝上雲霄2020>. The third installment of the Triumph franchise, which centers around the airline industry, will begin filming at the end of the year.

As fans wish to see Francis Ng (吳鎮宇) return to anchor the series, TVB will also consider viewers’ suggestions in the casting. TVB will also feature its characters from the first two installments make appearances in the third drama.

However, due to TVB’s legal problems with Stephen Siu, Jr.‘s (蕭定一) company, Chilam Cheung (張智霖) and Myolie Wu (胡杏兒) will be not be starring in the new drama.

TVB will be partnering with Tencent to produce Triumph in the Skies 2020. With a budget of 200 million RMB, the drama will be filmed in at least three countries. The crew is currently scouting locations in Europe, Canada, Australia, and United States to find suitable scenery for the new drama.