As the end of summer draws closer, the buzz for Hong Kong’s TV King also draws nearer. This year, a mix of actors from different generations will be likely contenders for the TV King throne, but a favorite is hard to pick. Let’s dissect the choices below: 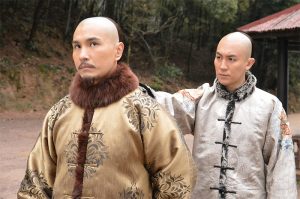 The historical fiction drama surrounding the last month of Heshen’s life has officially come to an end. It is the only 2018 drama for Ruco Chan, who had previously won TV King in 2016. It’s a tricky situation for the Best Actor winner—portraying Heshen in the drama, Ruco had to dispel the popular belief that Heshen is nothing more than a silly, overweight and evil Qing Dynasty official, an image popularized by veteran Chinese actor Wang Gang (王剛). In Succession War, Heshen is portrayed as handsome, manipulative, and resourceful. Ruco’s casting was met with mixed responses at first, with netizens saying Ruco is too good-looking for the role, very much unlike Wang Gang’s sneaky portrayal of the character. With only one drama in his hands for 2018, alongside a controversial portrayal, it’s going to be hard for Ruco to win Hong Kong’s TV King for a second time this year. A TV King win also seems unlikely for Ruco’s costar Shaun Tam, who portrays the Jiaqing Emperor on the show. Succession War is only Shaun’s first drama with TVB, and the show’s unimpressive ratings won’t be enough to garner Shaun a win.

It’s not that Lai Lok-yi is bad in his role—he’s been performing safely, but to win Best Actor in a drama made for housewives is going to be difficult. All the buzz seems to be falling on the show’s leading lady instead. 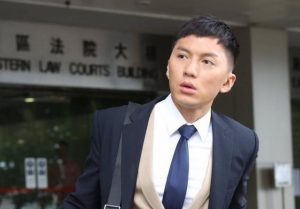 The breakout star of 2016, Benjamin Yuen is TVB’s new rising actor. He’s led two dramas this year, and while both dramas have performed well in ratings and reviews, they failed to reach the same influence as his character Ngah Lo in 2016’s A Fist Within Four Walls <城寨英雄>. Benjamin himself also can’t seem to escape the typecast of being a rogue, hoodlum-type character. If Another Era <再創世紀> manages to snag a time slot this year, Benjamin may be able to turn his fate around.

Both dramas became cult favorites of 2018, and Raymond has another hit in his hands. Unfortunately for the actor, both dramas are female-focused stories, and Raymond carries only a supporting influence in both dramas.

The former drama was a warehoused series, and the latter has been criticized for being unfunny. It is unlikely that Ben would be in the running. 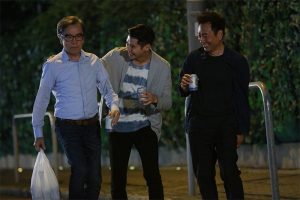 Arguably the most popular drama in the first half of 2018, Daddy Cool was also the drama that revived Carlos’ career. However, Carlos is not a TVB-managed actor, thus he has a higher chance of losing the award. Wayne Lai is a three-time TVB King, and while his performances have been steady, he was not the show’s most publicized star. As a veteran actor with a highly prolific and respected career, it is unlikely that David Chiang would vie for the TV King award. 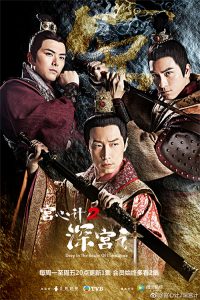 As the official sister production of the 2009 hit palace drama, Deep in the Realm of Conscience consistently showed its strength in viewership ratings. Out of the three male leads, Steven Ma has the highest chance to win. His portrayal of Li Longji is widely praised. Despite his many years of experience on television, he has never won Hong Kong’s TV King. This year is his biggest chance.