Attending the 72nd Cannes Film Festival earlier, Vietnamese model Ngoc Trinh (鄧玉貞) drew quite a bit of attention due to her extremely revealing dress at the event. Receiving backlash for her “offensive” outfit, the actress now faces investigation from Vietnamese officials and may possibly be fined for her provocative outfit.

Showcasing her excellent physique, Ngoc Trinh showed up at the red carpet in an almost-transparent dress that barely covered her body. Because the dress was transparent, both her underwear and her breasts were completely visible.

While some people thought she was stunning, some thought her dress was tacky and very offensive – especially those from her conservative hometown. Because Vietnam has strict guidelines on dress code in public spaces, the Minister of Culture, Sports, and Tourism issued a statement to express how inappropriate Ngoc Trinh’s outfit was. The Minister stated, “Her outfit was unsuitable, offensive, and caused a lot of dissatisfaction from the public!”

It was also said that her dress violates the Public Moral Law, and Ngoc Trinh could potentially be fined for her fashion decision.

Not paying much attention to the criticism she received due to her outfit, the model expressed, “My dress received a lot of compliments, and I personally thought it was beautiful. It also left a good impression at Cannes. I can’t please the entire world.” 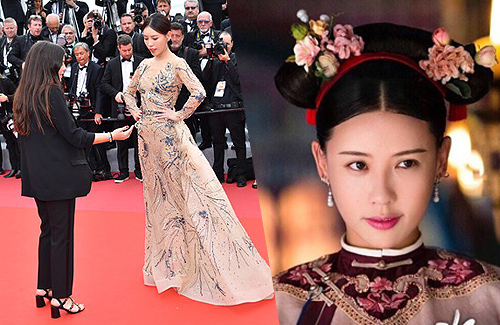 Actress Shi Yanfei is accused of being greedy for attention and refusing to leave the red carpet at the 72nd Cannes Film Festival.