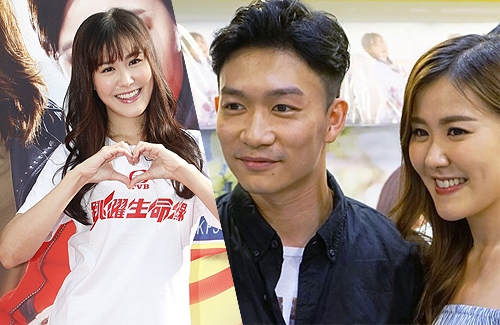 She has never publicly commented on her relationships due to the influence of her parents. “I am very serious about my relationships. I hope that when I find the right one, our relationship will last a lifetime. Of course I’ve had many suitors over the years. Some are the right fit; some aren’t; and some just want to play around. But I am very open with them about my values. There was once a guy that ran away quickly after he heard this. Of course I was hurt at the time but this short pain is better than one dragged out later on. At least I’m able to avoid all the bad relationships!

“My parents’ first love was each other and this has affected my outlook on romance. I’m nearing 30. Finding a boyfriend is not something difficult but to find someone that my family and I feel is trustworthy is hard. It takes time to prove this. I have great respect for my parents, and I don’t want to have a relationship that will only last a few months. This will be very hard for my mother  to accept as she is very traditional! The foundation of a relationship has to be built well in order to avoid arguments, and you must have trust in each other. For me it is best that we start as friends and then progress from there. It would be great if he could be my best friend and my boyfriend!”

Out of all her rumored suitors, Adrian Chau seems the most real. She had nothing but praises for him, “I met him through William Chak. We are all part of a group of friends that have known each other since debut. Adrian is handsome, positive, kind, filial, and has no ulterior motives. Others always misunderstand him to be a player and he just silently takes it all. I feel upset on his behalf. I feel that he is a great guy!”

Other than being serious about love, Moon is also very serious about her career. She views awards as an extra boost of confidence but not something she will blindly chase after. “I hope that I’ll be able to take on roles that will spark conversations around our society. For example roles like a single mother or someone that is always being bullied. Ever since middle school, I have helped my mother offer tutoring to children from poor socioeconomic backgrounds. One day when I’ve saved enough money, I hope that I can fund the building of a school in Hong Kong or China. I was very lucky to receive education and I hope that every child will have the option to go to school.”