Wilfred Lau Miserable on His Birthday Without Joey Yung 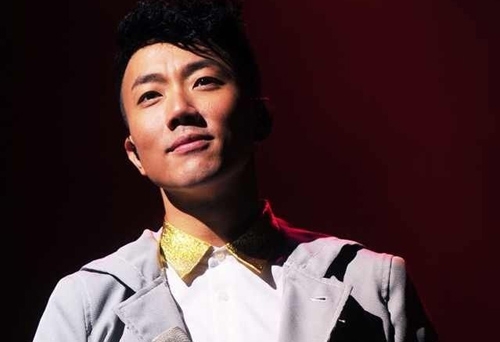 Since announcing their dating in June, Wilfred Lau (劉浩龍) and Joey Yung (容祖兒) relationship has not been well received. In an effort to dodge the press, Wilfred did not even celebrate his 36th birthday with Joey. Without his girlfriend by his side, Wilfred appeared miserable and gloomy on his birthday night. Wilfred celebrated his birthday in the company of good friends, Nicholas Tse (謝霆鋒) and Yumiko Cheng (鄭希怡) in the Central district. However, this was not Wilfred’s original plan. He had allegedly intended to fly to mainland China to meet with Joey Yung, who is currently promoting her new movie, Diva <DIVA華麗之後>.   With reporters closely watching Wilfred’s every move, his plans were foiled and thus he decided to remain in Hong Kong and celebrate with his friends instead.

After staying out until 2 AM celebrating with his friends, Wilfred bid goodbye to them. Even when a female friend kissed his cheek, Wilfred bowed his head and appeared to be unhappy. It was obvious that he had missed Joey’s presence last night.

Wilfred and Joey’s relationship did not receive blessings from their mutual friend and rumored ex-lover, Denise Ho (何韻詩). Although Wilfred was one of Denise’s most trusted confidantes in the past, their friendship has taken a turn for the worst since he started dating Joey. It was reported that Denise felt betrayed by her friends, Wilfred and Joey, involved with each other.

When asked to comment on Wilfred’s birthday, Denise responded earlier, “What does it have to do with me?”