William Lok Likes Christine Kuo No Matter How She Looks 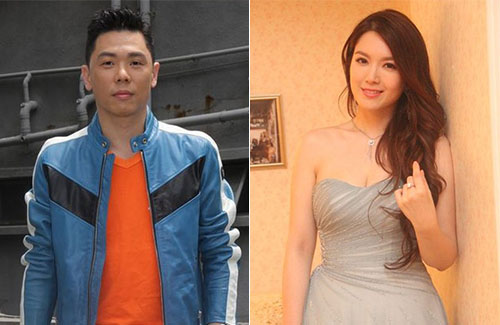 Whether she grows fat or skinny, William Lok (陸漢洋) says he will stick by Christine Kuo (苟芸慧) no matter what.

The professional autoracer, descendant of business magnate Loke Yew (陸佑), will be racing in France next month. In the meantime, the 43-year-old is preparing for his race by doing some race and endurance training. William’s racing team WIN Motorsport, which was conceived over three years ago, was finally established earlier this year.

At the mention of Christine Kuo, who he has been seeing for several months, William said their relationship is going well, but they are not yet at that stage of dating. “We’ve gotten a lot closer after getting to know each other. I care about her a lot, whether she’s happy, sad, or uncomfortable. She’s given me a lot of positive energy.”

As for whether or not they are really dating, William said, “We are both at that stage where we are trying to succeed in our careers. We still need more time to adapt to each other.” William added that he considers Christine to be his ideal marriage partner.

Christine has been struggling about her weight for some time, but for William, none of that matters.

“She’s very beautiful now. Being fat is not a crime, and being skinny is not too bad either. Whether she’s overweight or not, I’ll still like her just as much. As long as she’s happy.”