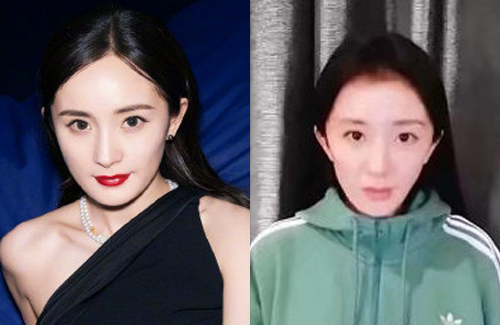 Did Yang Mi (楊冪) drop more weight recently?  In February, the 33-year-old actress had revealed that she only weighed 99 pounds. Unlike many people who couldn’t control their eating impulses while staying home during the coronavirus pandemic, Yang Mi looked shockingly thinner than her usual self in a recent video.

Filming a short video to fight against the coronavirus, Yang Mi’s clip was meant to send support for the healthcare industry. However, viewers immediately noticed how much weight the actress apparently lost. Wearing a green sweater and no makeup, Yang Mi’s features protruded revealing the shape of her skull clearly. Her jawline appeared noticeably sharper as well, with sunken cheeks.

Immediately, netizens began to comment, “I couldn’t recognize her! Only her eyes are left on her face.” Some fans blamed it on the camera filter for making Yang Mi appear too pale, “It’s true that pretty girls should not use a filtered camera.” 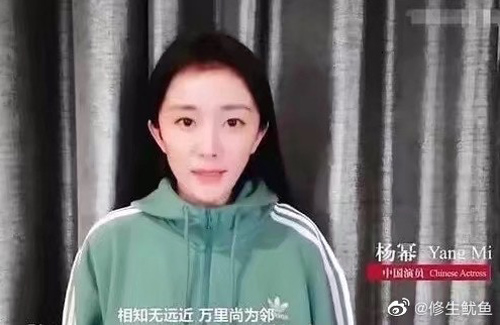