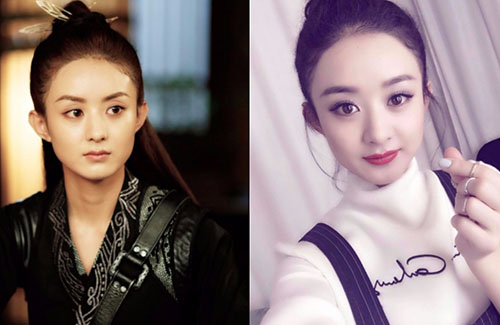 It was a safe success for tge Chinese historical fiction drama Princess Agents <楚乔传>, which recently exceeded 20 billion views on video streaming sites. Much to the success of the show owes to the uber-popular Zanilia Zhao Liying (赵丽颖), who stars as the drama’s titular character, a slave girl who defies all odds to become one of her kingdom’s most powerful military strategists.

In fact, Zanilia’s own background is quite similar to her character. The 29-year-old of humble beginnings first joined the industry in 2006, after winning in a star audition hosted by Yahoo. Following her signing with Huayi Brothers, which she remained with until 2010, Zanilia made her debut in 2007’s critically-acclaimed Golden Marriage <金婚>. Playing only minor characters at first, it wasn’t until 2010’s The Dream of Red Mansions <红楼梦> when she became noticed. 2013’s Legend of Lu Zhen <陆贞传奇>, in which she starred as the main lead, was her first breakthrough. 2015’s The Journey of Flower <花千骨> solidified her success.

It wasn’t an easy road to stardom, however. To this day, Zanilia still suffers through negative comments about family and background. Many anti-fans have harassed Zanilia about her poor background—the 29-year-old was raised in a small village in Langfang, Hebei, China, and only has a secondary school degree. It was to the point where Zanilia herself had to step out to make a comment, saying, “So what if I came from a village?”

Zanilia never tried to hide her poor background. She said on a show, “I grew up in a rural area. My ancestors were all farmers. My forefathers all loved art, but it never aligned with the film and television industry. However, it was because of my rural background that I was able to train my will and determination. It got me to become tough. These experiences got me to where I am today.”

The Princess Agents actress finally reaped the fruits of her success in 2014, when she established her own personal studio. Originally meant to be a personal agency, Zanilia went on to sign upcoming actors Kim Han (金瀚) and Wang Zijie (王子桀), ready to cultivate a new generation of artists.

6 comments to Zanilia Zhao: From Village Girl to Superstar