Since Chinese stars Zanilia Zhao (赵丽颖) and William Feng (冯绍峰) welcomed their baby boy last March, the couple has been living simply and was rarely sighted in public. However, reporters recently photographed them dining together in the arts district and published the pictures this morning, sparking the netizens’ interest.

In the photos, Zanilia was all bundled up – she wore a hat, a mask, and a long sleeve dark blue plaid shirtdress over black stockings. Compared to his wife, William was dressed much simpler in a white T-shirt with black pants. According to the media, William was very attentive to Zanilia and opened the car door for her after they finished eating.

Since the photos emerged, netizens believe the couple is back in the acting grind and began work. However, sources close to the couple said Zanilia wants to take a temporary break from work to take care of her son. Therefore, it is possible that the actress will not return to work until her child is at least a year old. 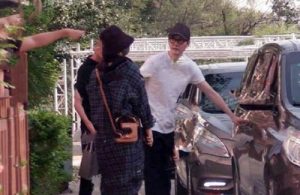 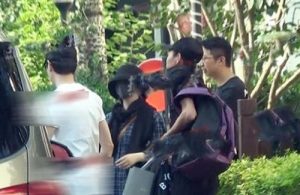