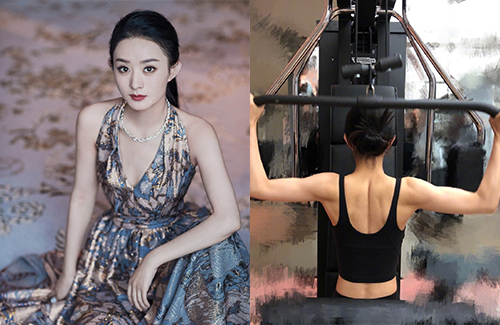 31-year-old Zanilia Zhao (赵丽颖) is an example for us all. 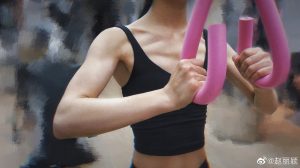 After tying the knot with actor William Feng (冯绍峰) in 2018 and giving birth to their child, a son, in March of last year, Zanilia rested only five months before resuming work in August. Her comeback drama Legend of Fei <有翡>, costarring Wang Yibo (王一博), had only just completed filming last month.

But even as Zanilia is taking her short breaks between her jobs, she isn’t going to allow her vacation to slow her down. Yesterday, the Princess Agents <楚乔传> star shared a series of photos that she took of herself while working out the gym, showcasing her fit upper body physique and fine muscle definition.

“There’s a small advantage to working out,” wrote Zanilia on Weibo.

Fans are pleased to see all the fanservice coming their way. They called Zanilia a “true goddess” and praised her ability to balance work, motherhood, and self care at the same time. With little to no negative rumors in her past fourteen years in the industry, it is no surprise to see so many people looking up to her.