On October 24, Zhou Xun, dressed elegantly in a backless jumpsuit, appeared at the premiere of Cloud Atlas along with the her cast members, Tom Hanks with wife, Rita Wilson, Halle Berry and her fiance, Olivier Martinez, Susan Sarandon, Jim Sturgess, and famous South Korean actress, Bae Doo Na. Keanu Reeves was also a special guest at the premiere.

Zhou Xunlooked sexy and glamorous, holding her ground while flanked by beautiful and sexy actresses like Halle Berry and Bae Doo Na.

From the creators of The Matrix trilogy, Cloud Atlas is science fiction film written and directed by Lana and Andy Wachowskiand and Tom Tykwer. Released on October 26, the film features the complicated story of humankind in which the actions and consequences of our lives impact one another throughout the past, present, and future as one soul is shaped from a murderer into a savior. A single act of kindness ripples out for centuries to inspire a revolution.

Like the other main actors, Zhou Xun plays multiple roles (from the past to the future) in the movie, including male and female characters.

Although Zhou Xun plays a supporting role and does not appear in a lot of scenes, her brilliant performance was praised by many people, including Tom Hanks. Cloud Atlas’ writer, David Mitchell, found Zhou Xun to be poised and cool, and her performance was spot on.

It was rumored that Awardscircuit.com, a well-established film site with awards coverage, has considered including Zhou Xun in the Best Supporting Actress category of the upcoming Academy Awards. This will be a confidence booster for Xun in her pursuit for a future Hollywood career.

Zhou Xun is not the only Chinese actress in Cloud Atlas.   Zhu Zhu (朱珠), an actress who is fluent in English and Mandarin, also has a minor role in the movie. Zhu Zhu was thankful for working on a movie with so many talented actors and actresses. Her biggest wish is to be able to work with Chinese director, Ang Lee (李安), in the future. 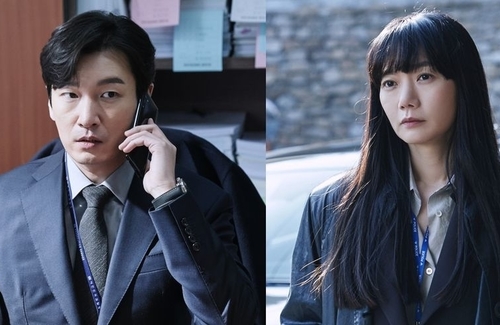