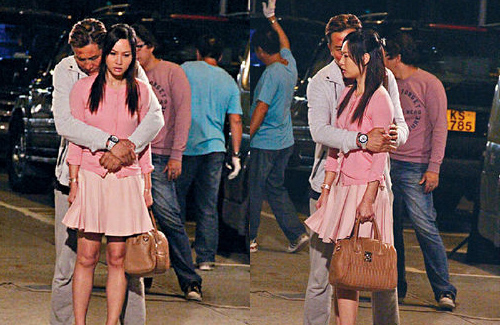 The scene featured Kate getting upset with Joe and asking for a breakup. Kate turned to leave but Joe ran after her and hugged her from behind, begging her to stay with him. During the scene, Joe grabbed onto Kate’s wrist too tightly, almost bruising her. He also accidentally brushed a sensitive part of her chest with his arms. After exchanging some more dialogue, Kate turned around and embraced Joe tightly.

Despite the minor mishap while filming the scene, the shot was completed in one successful take. Joe and Kate also got along really well behind-the-scenes, as they were often seen talking and joking with each other during breaks.