Wilber Pan Thanks Coco Lee for Getting Him into Music Business 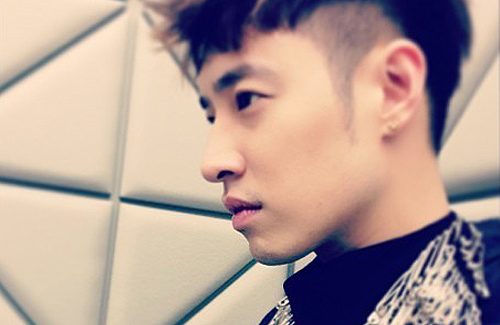 Dressed in all black and with his eyes hidden by sunglasses, Taiwanese-American singer/actor Wilber Pan (潘瑋柏) may seem like the epitome of cool. But what many do not know is that behind this cool exterior lies a playful young man who, despite his success, has faced his share of struggles as well. In a recent interview, Wilber revealed the difficulties he faced when he first started off in the music industry, as well as after his highly contested win in the 2011 Golden Bell Awards (金鐘獎).

After his debut more than ten years ago, Wilber has continued to be extremely popular, whether because of his musical releases, movie and television roles, or commercial contracts. However, his road to success has not always been so smooth. When discussing his starting point as a rising star, Wilber expressed that he had to thank American singer-songwriter Coco Lee (李玟) for her constant support.

“When I first became a singer, many people questioned my singing skill and thought I wasn’t qualified to be a singer,” said Wilber. “At that time, I was very frustrated, and my friends advised me not to persevere. But Coco Lee always helped introduce me to music companies.”

Wilber also added that Singaporean singer-songwriter Stefanie Sun (孫燕姿) had been a source of support as well, always encouraging him to pursue his dreams.

In August 2012, Wilber released his ninth studio album, The Story of Billy <24個比利>, the theme of which he says was influenced by the aftermath of the 2011 Golden Bell Awards. To the surprise of many, Wilber emerged from the event with the award for Best Leading Actor in a Television Series, for his performance in the Taiwanese idol drama, Endless Love <愛無限>.

“Of course I was very happy to win this award,” said Wilber. “But after I won the award, many different opinions appeared, and I experienced a low tide in my life. At that time, there emerged many dark sides one by one, which I had never seen before, as well as contradictory and conflicting personalities. This became a source of inspiration for my new album, The Story of Billy.”