Aimee Chan and Grace Chan Are the Most Beautiful Miss Hong Kong in Past Decade? 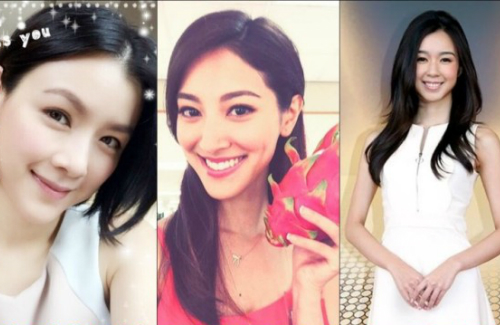 It did not come as a surprise when Louisa Mak (麥明詩) was crowned Miss Hong Kong 2015 on the evening of the pageant’s finale. Claimed to possess beauty and intelligence, the Cambridge graduate won with an impressive total of 925,173 points. Soon after the finale concluded, a netizen started an online discussion about the most beautiful Miss Hong Kong winner over the past ten years. Aimee Chan (陳茵媺) and Grace Chan’s (陳凱琳) names were frequently mentioned.

Aimee was the winner of the 2006 Miss Hong Kong Pageant. Many netizens praised her for her sweet and pure smile – one that is able to melt the hearts of many men –, as well as her curvaceous figure. One commentator added that Aimee always dealt with negative gossip optimistically, which added on to a good impression. Although she is now a mother to two sons, netizens claimed Aimee would still be sure to win a pageant with her current looks.

Grace, who won the pageant in 2013, was praised for her beautiful facial features and high level of education. Netizens claimed she resembles a girl of mixed ethnicity and naturally possesses a celebrity look. Despite previous comments that Grace’s body figure is too slim, one netizen exclaimed she exhibits a healthy and sexy aura while in a bikini. Others decided she is as beautiful as Michelle Reis (李嘉欣).

One netizen who eagerly participated in the discussion wrote, “My favourite is definitely Aimee Chan. She looks great in both long and short hair. She’ll be in top three even if she has to compete now!” Another stated, “I would pick Grace Chan! She has both beauty and the brains!” One netizen could not make a decision and remarked, “It’s really difficult to choose between Aimee and Grace!”

14 comments to Aimee Chan and Grace Chan Are the Most Beautiful Miss Hong Kong in Past Decade?