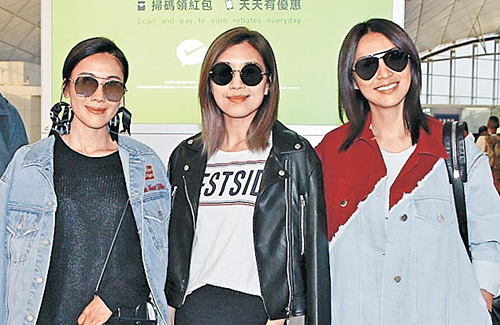 This year, the TVB-sponsored drama awards held in both Malaysia and Singapore were both cancelled. Luckily the voting continued and the candidates for Best Actress, Alice Chan (陳煒), Mandy Wong (黃智雯), Selena Lee (李施嬅), departed early to Malaysia  and Singapore to garner votes.

Another strong contender this year is Alice Chan for her role in Deep In The Realm of Conscience <宮心計2深宮計>. Despite having a few projects in Hong Kong, she flew to Singapore after work and then will be flying to Malaysia after. With the mentality of “every vote counts”, she is aiming to win Best Actress in Hong Kong, Malaysia and Singapore. “I must give myself some confidence because I put in a lot of effort. It was hard shooting the drama, but I’m happy that I’m gaining support from viewers. I want to win all the awards! Just joking; I will be happy to win some.”

When asked what the actresses thought about the cancellation of the award ceremonies in both Malaysia and Singapore, both Alice and Mandy are indifferent about the changes. As long as the audiences can vote, it doesn’t matter where the ceremonies are held.