Torrential rains have flooded Henan, China, causing many deathly floods and landslides. At least 33 people have died and many more injured, with rescue efforts under way. Celebrities from the entertainment industry immediately donated money to help locals affected by the natural disaster. Although Huang Xiaoming (黄晓明) and his wife Angelababy (杨颖) stepped up with donations, their gestures were scrutinized and aroused controversy.

Angelababy’s work studio released a picture of her receipt to the Zhengzhou Red Cross Society, indicating that she had donated 500,000 Chinese yuan. The actress also included donation information in hopes that others can also contribute to the disaster recovery.

However, some netizens pointed out that Angelababy is an A-lister, and should have given more money as other top celebrities such as Xiao Zhan (肖战) and Zhang Zhehan (张哲瀚) have donated CNY 1 million. Citing Angelababy makes around CNY 80 million from one episode of a drama, netizens also mentioned that she had splurged CNY 100 million on her own wedding.

Many of Angelababy’s fans immediately came to her rescue to say that she donated out of the goodness of her heart, and that it charitable actions should not be measured by the monetary value. Some also believe that the focus should be on raising money, rather than scrutinizing over a specific celebrity’s donation amount.

As for Huang Xiaoming, he donated over 200,000 water bottles as well as 10,000 sanitation products in the first shipment of supplies. He then followed with two other shipments consisting of 500,000 water bottles and 50,000 bottles of rubbing alcohol. He chose to only donate products instead of a monetary donation. Many netizens praised the actor for donating items that could be used immediately. 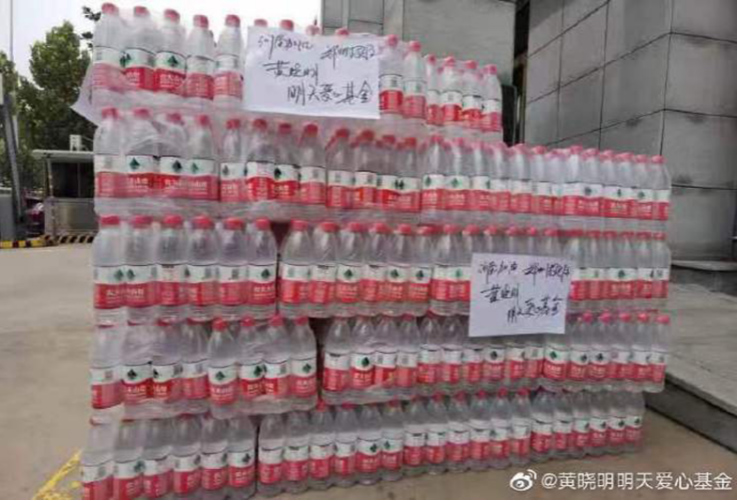