Wrapping up filming for the latest episode of variety show Keep Running <奔跑吧>, Angelababy (楊穎) returned from Jinan to Shanghai to care for her 4-year-old son, nicknamed “Little Sponge”. The 32-year-old was recently spotted at Shanghai airport. In a rare move, she did not forbid reporters and fans present to take photos of her son.

Looking relaxed, Angelababy was masked up and dressed in a midriff-baring white top and jeans and nonchalantly allowed Little Sponge to run freely at the airport. The actress walked ahead while her son tagged along behind her, together with a young caretaker keeping tabs on him. Little Sponge was dressed in a blue jacket and pulled a small red suitcase on his own, while the helper carried several large and small bags, one of which appeared to contain the little boy’s toys.

Many praised Little Sponge for his adorable behavior. While some netizens commented that the actress should not let the young boy get out of sight behind her, others defended her by pointing out that the caretaker was present to keep an eye on him. 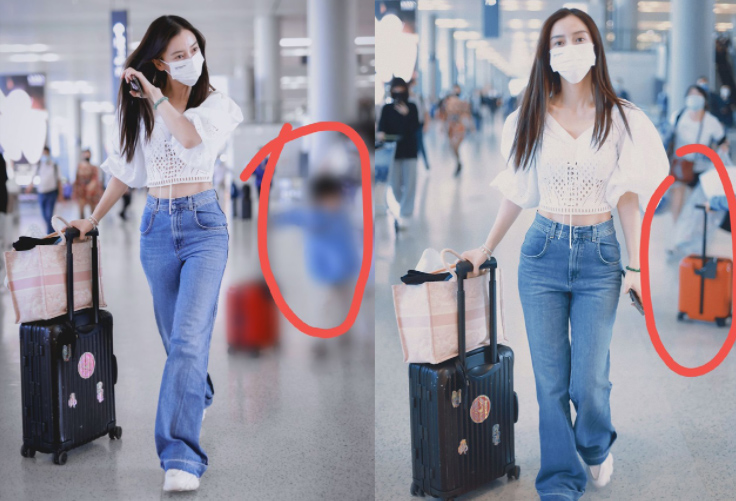