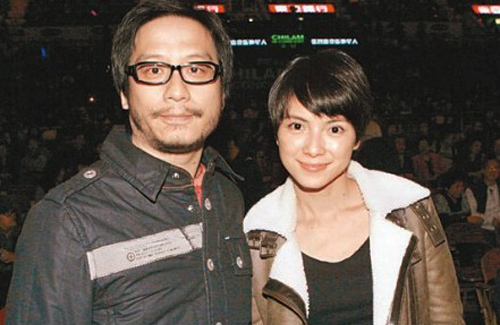 Oxide Pang (彭順) was caught cheating on his wife Angelica Lee (李心潔) when photos surfaced of the director kissing young model, Liddy Li (李悅彤), at a movie theater. Since this was not the first time Oxide had cheated on Angelica, netizens were outraged at how the couple can sustain their marriage without long-term fidelity. Flying to Malaysia to beg Angelica for forgiveness, Oxide’s pleas moved his wife. On May 28, the couple issued a joint statement and said they will face their marital problems together.

Angelica and Oxide Will Not Divorce

“Our 12-year relationship cannot be expressed clearly in just a few words. We’ve finally come to understand that marriage is not just a lifetime of carefree happiness with the combination of a prince and princess. We sat down to face the rights and wrongs, the pleasure and pain, the past and the future. Yes, the present is a sad period of time. Sad, because there is love. Perhaps it would be easy to handle if there is no love. Like many couples, our marriage has experienced setbacks and has been put to the test. We’re very sorry towards those who love us and are worried and upset because of us. Thank you all for the concern and for giving us some space. We will face everything together. The future is unknown, but we will calmly listen to our hearts, waiting for time to give us an answer. Thanks!”

The couple’s intention to work out their marriage generated mixed reactions. Some netizens hoped the couple would find happiness in their relationship again, while others were upset by Angelica’s forgiveness towards her cheating husband.

One netizen retorted, “You’re raising him and his child with his ex-girlfriend, but he’s out there raising a third party. Even if you can tolerate it, can your parents do so?”

Another netizen raged, “Can there still be love? Is it not disgusting? When a man doesn’t think clearly before hooking up with another woman, he is destined to lose the original woman. Even if she stays, it is hard to achieve a happy ending with scars left behind. Facing these facts, can you still not see the situation? What’s the point of being with this kind of man?! Bottom-lines are there for you to guard, not to have them destroyed!”

Many netizens also pointed out that the couple’s joint statement never included an apology from Oxide. Responding to the public pressure, Oxide issued a public apology to Angelica on Weibo at  10 p.m. He wrote, “In this afternoon’s statement, everyone was unable to find the words ‘I’m sorry’, thinking I have not admitted to my mistake. Actually, what’s so hard in writing or saying these words? It’s just that I feel like what I’ve done cannot be forgiven with an apology, because I’m truly and utterly wrong. The mistake I made completely hurt someone who has provided me with a lot. It has also hurt and upset those who love her. I truly accept condemnation from everyone, because the mistake I’ve made does not deserve to be forgiven. I can’t even forgive myself. Sorry….”

75 comments to Angelica Lee Forgives Oxide Pang for Cheating; Will Fix Marriage Together