Are Dickson Yu and Sisley Choi Together? 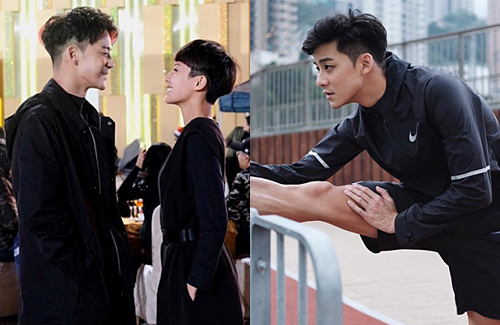 The lanky and short-haired duo got to know each other from a travel program and have been inseparable since.

Getting closer after filming the travel program Fantastic Myanmar <緬甸奇幻旅程>, in which they spent two weeks together overseas, rumors swirled between 29 year-old Dickson Yu (余德丞) and 28 year-old Sisley Choi (蔡思貝), though the two only admit to being good friends.

A Bickering Couple in “Police Story 2019”

Recently interviewed, Dickson said their friendship began with the TVB telemovie Police Story 2019  <警察故事2019> in which the two played a couple. Adding that they had a few scenes together in the show, he said, “I had only a small role, but we had interacted with each other during a scene when I was driving and she was in the car. She was preoccupied with other matters, and I wanted to force her to get married, that’s it.” When asked if they shared any intimate scenes, Dickson replied, “No, we just enjoyed a car ride together, but because I brought up the topic of marriage, it became a quarrel.”

“Doesn’t Matter Who Your Co-star Is”

When asked if he was keen to “level up” with Sisley and explore playing a passionate couple in the next drama, the actor laughed, “You’d have to ask the producer first, if he wants me and Sisley to do this scene together. After all, work is work, no matter who your co-star is, you’ll have to go accordingly. I won’t insist on my way, most importantly it has to be aligned with the plot.”

A former Hong Kong national swimmer, the athletic actor had collapsed and fallen into a coma in August 2018 during a soccer match. He has since been careful about overworking himself.

Dickson and Sisley in “Fantastic Myanmar”

20 comments to Are Dickson Yu and Sisley Choi Together?