Xiao Zhan‘s (肖戰) stage play A Dream Like a Dream <如夢之夢> successfully performed its first show in Chengdu on June 20. When word leaked that Xiao Zhan and the cast and crew was celebrating at a local hot pot restaurant afterward, a large horde of fans crowded around the entrance creating a chaotic scene even though it was already past midnight. 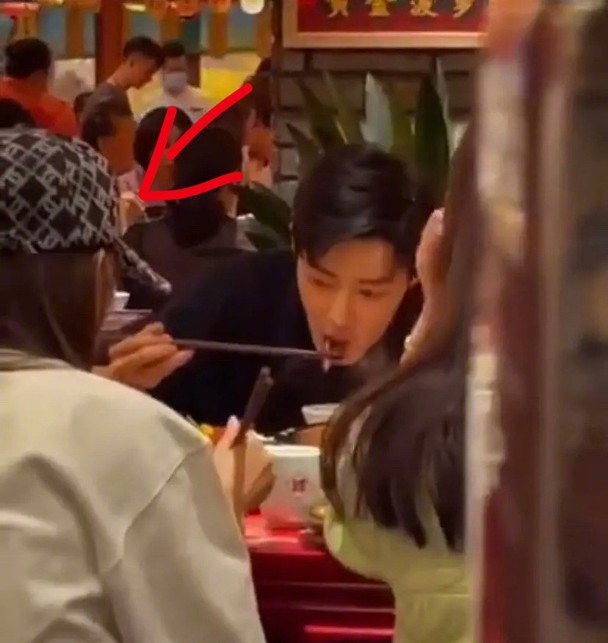 Realizing that they were in the presence of celebrities, many diners took pictures of the group dinner and posted it on the Internet. An eagle-eyed netizen spotted actress Li Qin (李沁), who was wearing a Louis Vuitton cap, sitting opposite Xiao Zhan during the meal.

Previously, someone had taken a photo of the flower arrangement Li Qin had sent to congratulate the play opening. It seems that she had gone to watch the performance in Chengdu as well. With Li Qin’s gestures and support towards Xiao Zhan, dating rumors immediately broke out.

The pair had previously collaborated in three dramas: Battle Through the Heavens <斗破苍穹>, The Wolf <狼殿下>, and Joy of Life <慶餘年>. Surprised by their apparent close relationship, some fans are not happy with the dating speculations. They believe Xiao Zhan to have a great personality, thus allowing him to attract good friends such as Li Qin who came out to especially support his theatrical performance.

Xiao Zhan’s Income Has Not Caught Up to His Popularity