Arnaldo Ho (何猷亨), the son of Macau casino tycoon Stanley Ho (何鴻燊), is known to have high standards when it comes to choosing his girlfriend. Hence, some of the women he pursued in the past are beautiful TVB actresses, including Jeannie Chan (陳瀅) and Miss Hong Kong winners Moon Lau (劉佩玥) and Grace Chan (陳凱琳). Of the three, Jeannie was the only one who he managed to successfully win over during his hot pursuits in 2015. Although the two broke up after eight months of dating, Arnaldo still appears to care for the actress dearly. Rumors had even circulated that they rekindled their romance after he was spotted picking up Jeannie in his car earlier this year.

However, the 27-year-old bachelor possibly now has his eyes set on 2016 Miss Hong Kong winner Crystal Fung (馮盈盈). Recently, news broke that she attended his yacht party, and they were seen chatting for a long period. But whether or not he will succeed at wooing Crystal is another story. 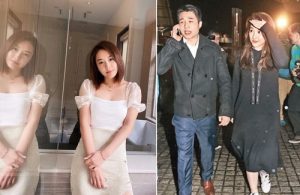 In 2015, the media exposed Jeannie and Arnaldo’s relationship after they got caught vacationing in Japan together. At the time, there were claims that he moved Jeannie into a condo that belonged to his mother, which immediately sparked marriage rumors. But the two eventually had an amicable split due to their busy careers and long-distance relationship problems. 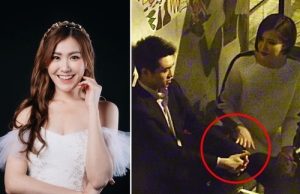 The former second runner-up of the 2013 Miss Hong Kong Pageant attracts many suitors with her sweet aura and crescent moon shape eye smile. This may have been the reason why Arnaldo was willing to go to such great lengths to pursue her in 2015. He showed great sincerity by personally delivering takeaway food to Moon while she was filming in the middle of the night in his 1.29 million Hong Kong dollars car. Despite his efforts, Moon rejected his pursuit when she immediately denied their dating rumors. 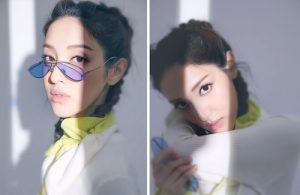 Grace caught the eye of many people, including Arnaldo, when she took home the crown at the 2013 Miss Hong Kong Pageant. She was a goddess in his heart, and he was determined to make her his girlfriend. In 2015, he would frequently leave comments such as “Grace, my goddess” and “You are my sunshine” on her social media posts. He even once expressed that the beauty pageant should be canceled because no one can ever top Grace. Despite his clear advances toward the beauty queen, she did not return his love, as she was already in a relationship with her now-husband Kevin Cheng (鄭嘉穎).