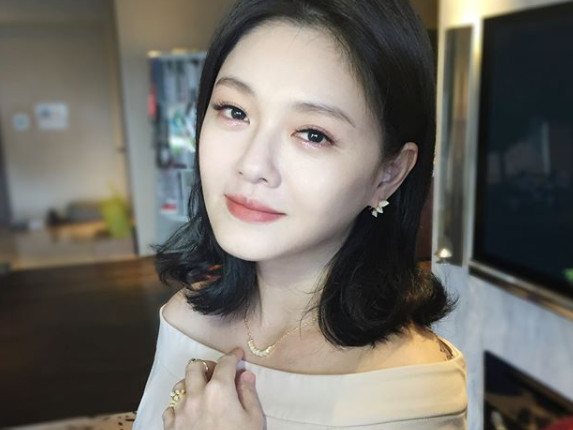 Yesterday, Taiwanese actress Barbie Hsu (徐熙媛) was rushed to hospital after she fainted. It was rumored that Barbie is pregnant with her third baby and is suffering severe vomiting. Since she is not yet past her first trimester, the 41-year-old actress allegedly did not want to speak about her pregnancy.

Tabloids claimed that Barbie has been hit hard with morning sickness and already felt fatigued by her daily routine. Coupled with the long hours of filming, she fainted. Barbie’s family panicked and immediately sent her to the hospital.

Barbie’s manager, Liao Xiqi (廖瑋琪) said that she was not beside Barbie when she was hospitalized. Since Barbie was not feeling well, Liao Xiqi did not ask her if she was pregnant. When Barbie has recovered, she will address the public regarding her situation.

Still in the hospital, Barbie’s actual condition has become a gossip topic. Different sources cite different reasons for Barbie’s hospitalization. Barbie’s mother said that it was “epilepsy induced from a cold”. Her manager said Barbie had fainted. Barbie’s sister, Dee Hsu (徐熙娣) allegedly wanted move into the Intensive Care Unit. However, Barbie’s husband, Mainland Chinese entrepreneur Wang Xiaofei (汪小菲) said, “Barbie’s condition is no longer dangerous.”
Although it is confusing as to what Barbie is suffering from, many fans believe that Barbie is pregnant and perhaps the baby is not in stable condition.