Due to the COVID-19 coronavirus outbreak, William Chan‘s (陳偉霆) filming projects in China are currently on hold and he has been staying at his home in Hong Kong. In a recent vidoeo shared on social media, William was seen getting plenty of exercise by chasing his dog around his spacious home. 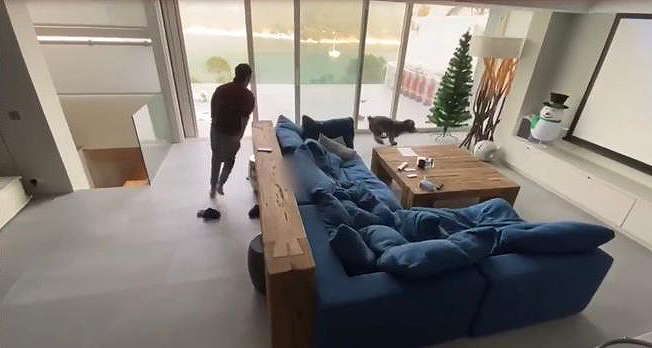 Decorated with a minimalist touch, William’s living room is primarily white and has breathtaking sea views. A large blue sectional and expansive projector for watching movies dominates the room. With sparse furniture, lots of open space allows William’s dog to run around freely. 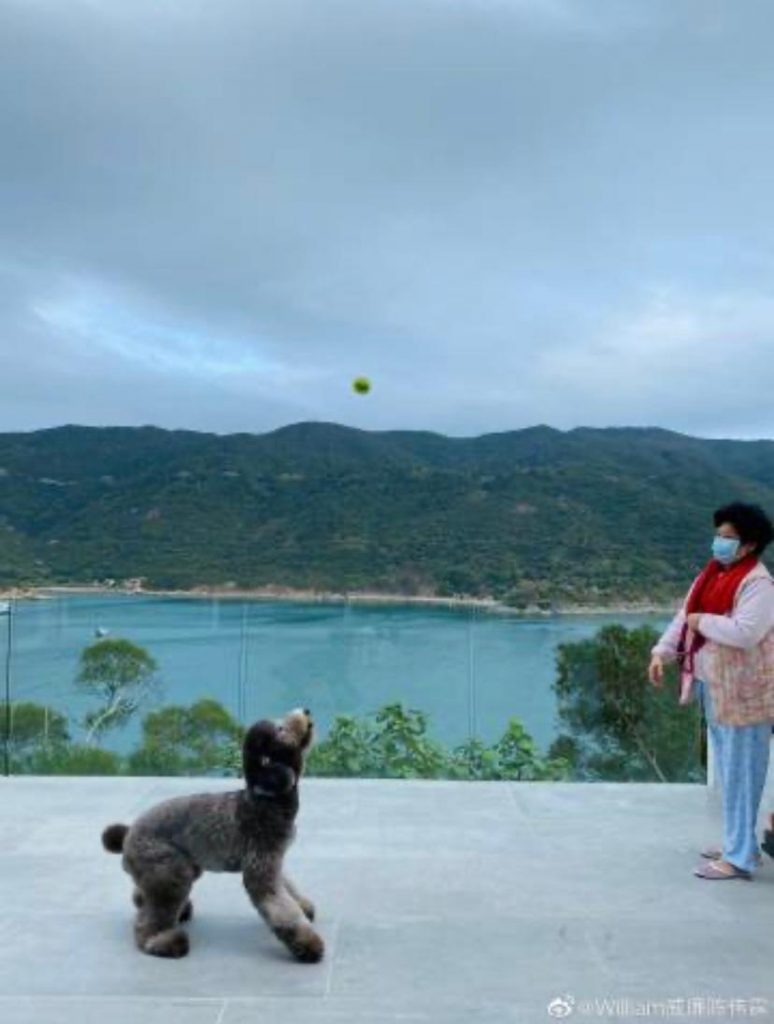 This isn’t the first time his home was revealed. William enjoys taking pictures of his mother playing with his dog on their large balcony and had shared photos on social media before. A fan commented, “Wish I could be William’s dog” and play in such a huge space. 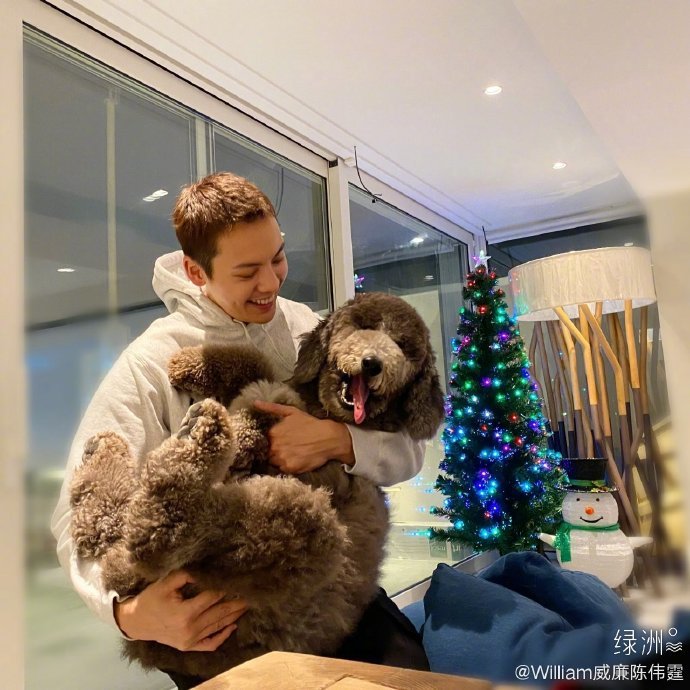 William has a very close relationship with his family. Since William’s father passed away when he was a young boy, his mother had to raise three children by herself and faced many financial difficulties. Being the youngest of three with a 10 year difference from his older brother and sister, William was always well looked after by his family.

His mother had wanted to send him to the United States for his university studies, but William ended up joining the entertainment industry when he won the New Talent Singing Awards in 2003. He had always loved dancing since he was a child.

During the Lunar New Year celebration on Jiangsu Television, William invited his mother to perform on stage with him. Together in blue and gold, the mother-son duo was very sweet on stage.

With his career doing well in China, William promised to take care of his family in return so that they can live comfortably. In 2011, he bought a spacious home which he co-owns with his mom. In 2015, William also purchase a 1000-square-feet condo in North Point for his mom. 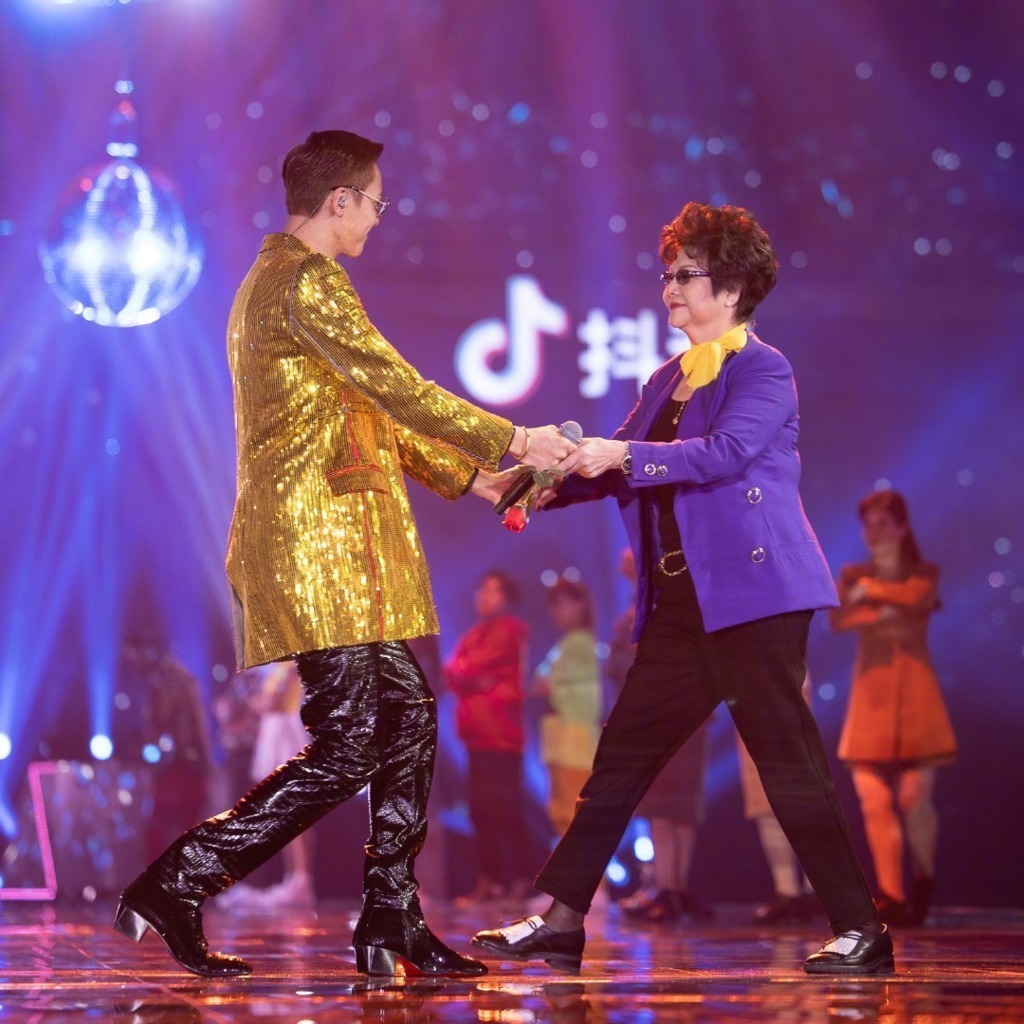