Christine Kuo Has to Notify Family When Filming Rape Scene 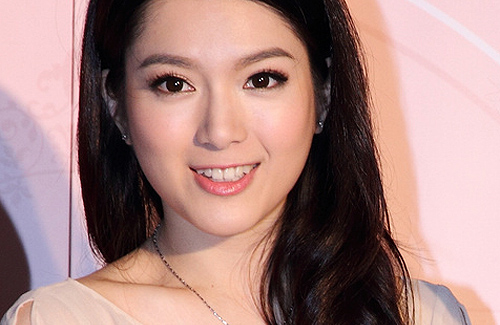 Samantha Ko’s (高海寧) rape scene in Friendly Fire <法網狙擊> has not aired yet, but it has already received much media attention due to the actress completely baring her back in the 30-second scene.

At a Friendly Fire dinner gathering, Christine Kuo (苟芸慧) revealed that she had asked Samantha how the scene was filmed and whether Samantha had to take off her clothes. Although the scene gives off the illusion that Samantha is nude, she wore a taped down vest to prevent overexposure. Christine joked and said that many male colleagues were envious of Ronan Pak (白健恩) who acted as Samantha’s rapist.

Known for her conservative nature, Christine was also willing to push her own boundaries and film a rape scene in the future, as it was necessary for an actress to portray different real-life situations onscreen. However, to avoid her parents’ misunderstanding and concern, she will have to notify them prior to filming. Last year, while filming a make out scene with Michael Tse (謝天華) inside a car in Friendly Fire, her family was shocked by tabloid claims that Christine had seduced the married Michael. Christine recalled the tear-inducing incident, “I learned that it is necessary to communicate with my family, friends, and those that love me to prevent unnecessary misunderstandings.”

Also at the cast dinner was popular Friendly Fire onscreen couple, Sammy Leung (森美) and Sharon Chan (陳敏之). Sammy clarified that tabloids had wrongly reported that his depression healed recently, which had in fact been stabilized three years ago. He continues to take medication due to attention deficit disorder. As depression is hereditary, Sammy took his 6-year-old daughter and 9-year-old son to be medically diagnosed. “Fortunately, they are fine which relieved me.”