Crystal Liu Vacations in Korea with Mother and Boyfriend 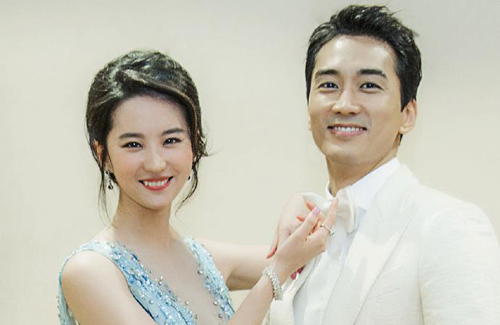 On October 4, a day before Seung Heon’s 39th birthday, Crystal was spotted at Incheon International Airport, according to Korean publications. However, she later expressed that her visit to Korea was a personal trip and thus did not reveal her whereabouts to the media. She was not seen anywhere in Seoul.

It recently came to light that Crystal was actually vacationing on the southern coast of Korea with her mother and boyfriend. Although Seung Heon was busy at the time with his new drama, the Herstory, he still took out time to spend with Crystal. It was also reported that he reserved a five-star luxury villa at the renowned Southcape Spa & Suite, which is where Korean actor Bae Yong Joon reportedly had his honeymoon.

Crystal and Seung Heon first went public with their relationship in August, a month before their romance film, The Third Way of Love <第三種愛情>, was released. Seung Heon has since publicly declared that they would “definitely get married.”