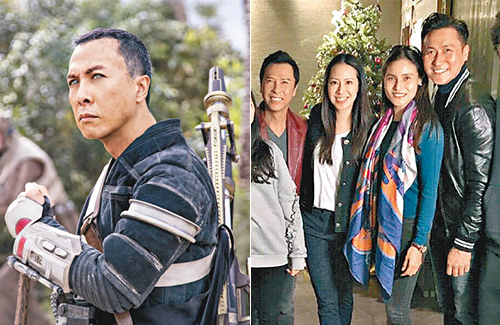 Rogue One stars Felicity Jones as Jyn, a rogue maverick who, along with a team of rebels, try to steal the plans of the Death Star. The events in the film take place shortly before the opening sequences of A New Hope.

A few days ago, Donnie and his family were spotted at a Japanese restaurant owned by former TVB actor Joe Ma (買的中). Joe and his family were also present, and the two ate together. Joe’s wife Karen Cheung (張筱蘭) shared her encounter on social media, adding that her son was very happy to be able to meet his idol.