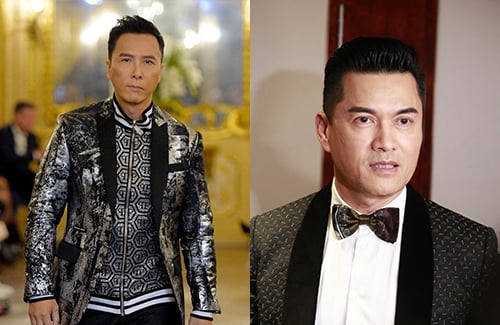 Donnie Yen (甄子丹) and his family suffered discrimination by overseas organizers for a charity event, prompting his good friend Ray Lui (呂良偉) to help put out the fire.

His wife, Cissy Wang (汪詩詩), briefly talked about the incident on social media. She wrote on Instagram, “One of my favorite films this year is [Green Book]. So much to learn from human kindness, respect, arrogance, racial discrimination and dignity. Never would I imagine to experience certain aspects of his film, in this day and age, especially in our own hometown. Tonight we experienced discrimination by an organization from overseas. Prioritized and supported a charity but in return was shocked by the treatment.”

The following day Ray Lui, who was also a guest at the charity, recalled the previous nights’ events to the press: “I was still outside doing photos when I saw Donnie and his wife walking out of the ballroom looking angry. He told me that he was leaving, and when I asked him what was wrong, he said that he was being discriminated against by foreigners. As his friend, of course I left with him. I immediately booked a table for dinner. I told him to be calm. When we go back home, I’ll open a fresh bottle of good wine.”

Ray added that as an overseas organizer doing an event in Hong Kong, they should be respectful to the people of the host city.

According to Ray, a dispute between Donnie and the organizers happened when the martial arts actor was given a “bad spot” to sit. Donnie expressed his concerns to the staff, but they responded rudely in return. After leaving the venue, Donnie received a call from the event organizers, apologizing to Donnie on behalf of the staff and expressing that they had fixed his seating arrangement. Despite the apology, Donnie decided not to return.

“This isn’t his first time,” said Ray. “He’s definitely experienced discrimination when doing Hollywood movies. All Chinese actors who have worked overseas could relate to this. This is why I believe our country needs to stay strong so we’ll be respected.”

13 comments to Donnie Yen Experienced Discrimination at an Overseas Organization