By now, COVID-19 cases have been reported worldwide, and the United States is currently leading the world with the most confirmed cases. Earlier, President Donald Trump sparked a heated discussion when he referred to the virus as a “Chinese virus.” Trump’s commentary is just one of the many instances of discrimination against Chinese people all over the world, and many people are fed up with the blatant xenophobia and racism during this time. Former entertainer Edison Chen (陳冠希) made a post referring to the issue on Instagram two days ago. 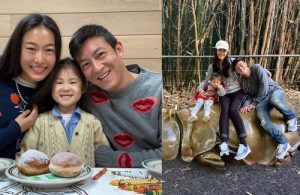 Though Edison has been away from the public eye and settled down in the United States with Shupei Qin (秦舒培) and their daughter to focus on his fashion brands for some time now, his words and deeds are still the focus of everyone’s attention. Another thing that hasn’t changed is Edison’s hot temper, which was reflected in the post.

Still, many people supported the message, including Donnie Yen’s (甄子丹) wife, Cecilia Wang (汪詩詩). They agreed that hatred should no longer be spread, and it should be replaced with love. In fact, other artists like Fala Chen (陳法拉), Adia Chan (陳松伶), and Vanness Wu (吳建豪) all publicly called out racial discrimination. Many Internet users also frowned upon the discrimination culture around the world.

However, some netizens continued to scold Edison, as they thought his remarks were pro-Communist. One netizen wrote, “The world may not be what you think. You should at least be able to clearly distinguish the Taiwanese, Hong Kongese, and Chinese.” 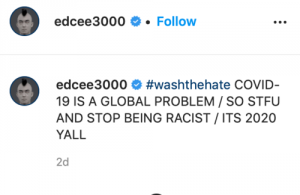 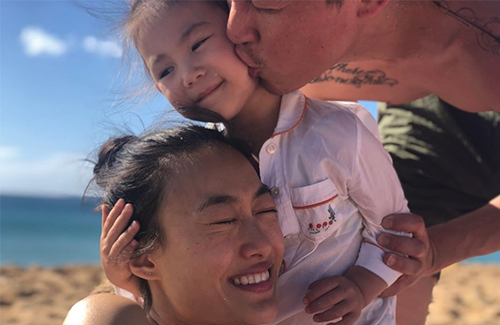